It was the chance for his immigrant family from El Salvador to be a part of the American Dream in owning their own home. This was in 1995 and Carter led the charge for Habitat for Humanity's annual build blitz.

Watts had been chosen that year and 21 homes were built in one week with an army of volunteers.

October 2020 marks my 30th year of reporting in Los Angeles for FOX 11 News and we wanted to revisit one of the most amazing series we've aired. 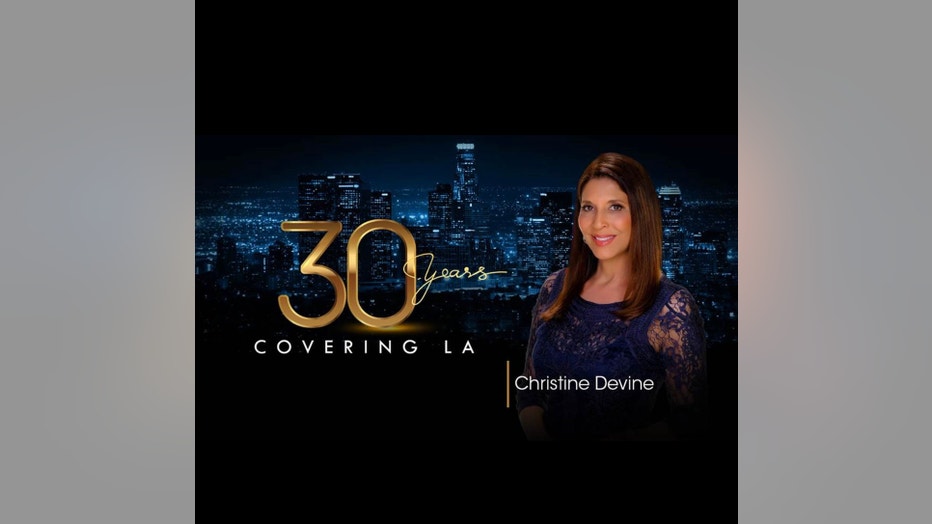 Back then, FOX 11 followed every move on every day of that weeklong project airing stories morning and night from foundation to finality. We saw the first nail in a wood beam to the first plant going into a new homeowners front yard.  To this day the homes still stand and one homeowner guesses 95% of the original homeowners are still there. Including the parents of Jose Tobar Jr. 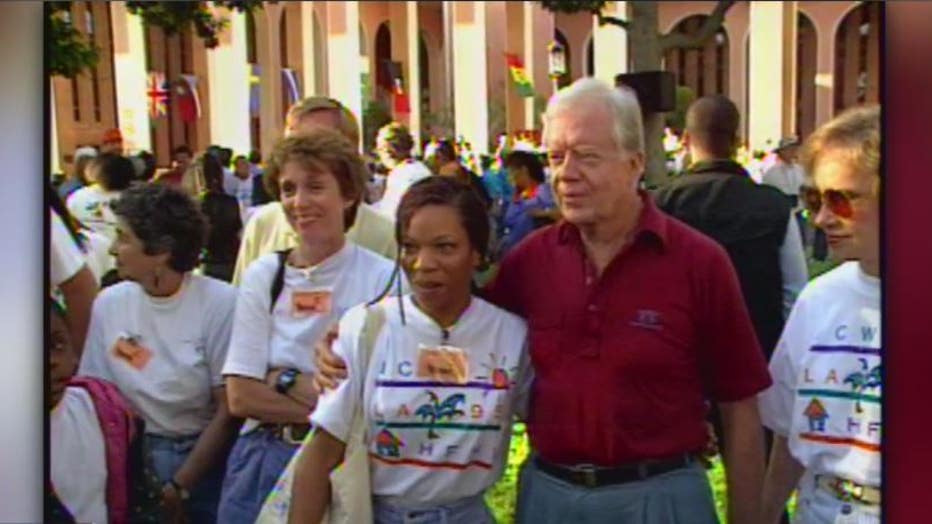 As Americans are about to vote in our presidential election, I note the power of a former president. Habitat for Humanity is a non-profit that relies on volunteers to help build affordable homes for low-income families. As Tobar Jr. teared up he said "I cannot express they way I felt. We wanna thank Jimmy Carter for giving us a house."

The turnout in Watts 25-years-ago was awe-inspiring. Among the 2,000 volunteer homebuilders was our former president and wife Rosalyn Carter. 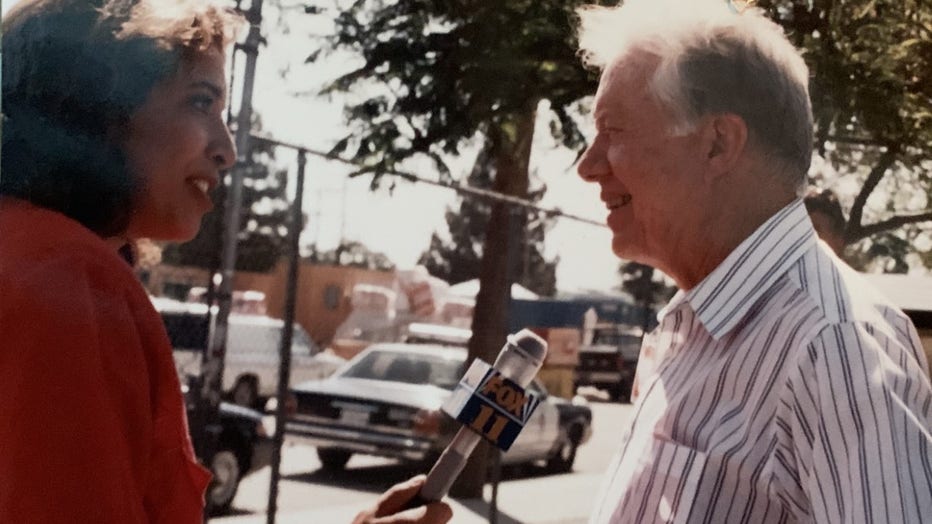 They weren't there for a press op, they were there to work, and Carter worked non-stop. He was so busy sawing, hammering and measuring that he barely gave me the time for an interview. He expressed concern about a lack of affordable housing. He called the issue "underestimated."

The annual Jimmy Carter Work Project(JCWP) was a highlight of the Habitat for Humanity works. Most homebuilding year 'round across the country comes in small pockets. It was amazing to watch him work so tirelessly.

Carter is now 96-years-old. His birthday was October 1st. Noting, only six American presidents have lived into their nineties. Carter is the oldest ever.

I had a blast watching this pocket of Watts come to life 25-years-ago. I was a young reporter then and watching our old video was a trip back in time for me. It was the 12th annual JCWP and it came just a few years after the LA Riots where the city was still healing from civil unrest, calls for racial justice and better policing. Sound familiar? Community activist Sweet Alice Harris said on Watts "just being here will revitalize it. Just being here. We need to know people care." 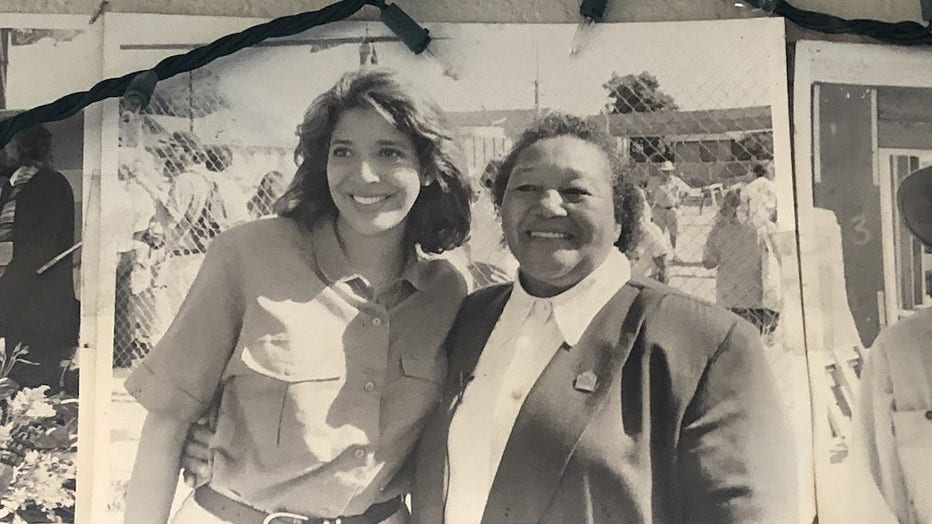 Toni Miller, an African American mom was a law clerk living with nine relatives under one roof in a two bedroom apartment. With a hammer in hand she worked on building a future for her and her two children. For Miller, he changed her world. She said in tears "he made my life complete." She too still lives in the neighborhood.

Back then Habitat for Humanity was coming up on year number 20, house number 40,000. Carter christened each of the 21 homes with a bible. The politician turned construction worker joked "You see how they built the house? You don't have to take it if you don't want to." The crowd erupted in laughter. The Tobar's still have their bible.

Habitat LA celebrated its 30th year in September and their 100th home. They rely on community partnerships too. The Los Angeles Dodgers recently partnered with Habitat LA for their employee day of service, building and painting 15 playhouses for underserved children. For info on how you as an individual can volunteer on a home build contact HabitatLA.org.

The organization nationally and internationally has listed 29 million people receiving "safe, affordable, decent housing." Habitat.Org has a great opportunity for donations. All donations through October 15th will be matched. I myself have resumed a monthly donation after reviewing our stories. I'm reminded of the amazing works when we pull together, love one-another, put in the work, and believe change is possible. That to me too is the American Dream.