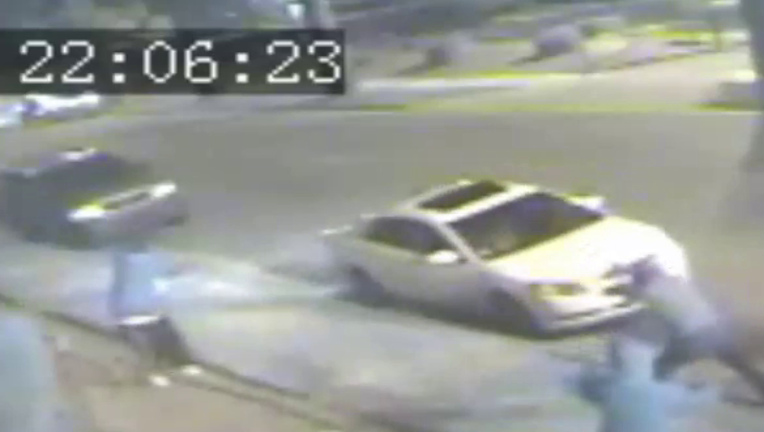 Courtesy of the Riverside Police Department

RIVERSIDE, Calif. - Riverside Police released surveillance video Monday, hoping to get more information about a shooting in the city back on Christmas Day 2016.

On Dec. 25, 2016, then-22-year-old Cassey Verrette and an unidentified man were parked in a white Chevy Malibu along First Street in Riverside when three men approached the car. Without warning the three men started shooting, hitting both Verrette and the passenger, according to RPD.

Verrette was shot three times according to police, and was able to drive herself to the hospital after the incident. The surveillance video released Monday shows the three suspects, all in either light blue or light tops.

Courtesy of the Riverside Police Department

"Six years ago, our Cassey experienced a horrific experience that we wish upon no one," he said. "We want justice and increased awareness around this senseless act of violence to ensure there are no future victims. It has been six long years of waiting, and we are asking everyone to please come forward with any information and help us identify the suspect."

Anyone with information about any of the three suspects is asked to call Detective Trever Childers with the Riverside Police Gang Intelligence Unit at (951) 353-7130 or TChilders@RiversideCA.gov. Anonymous can tips can be submitted at RPDTips@RiversideCA.gov.