LOS ANGELES - Local law enforcement continues to crack down as a wave of catalytic converter thefts sweeps across Southern California.

Claremont Police on Monday arrested a 24-year-old man who was in possession of 15 catalytic converters. Officers were patrolling around 4:45 a.m. when they saw a suspicious minivan traveling very slowly westbound on Vista Ave. from Indian Hill Blvd.

The driver saw the officer and quickly turned and parked in one of the driveways in the 400 block of Georgia Ct. The officer contacted the man as he exited his vehicle and walked to the front door of a home. The man claimed he was there to visit his girlfriend. Officers contacted the homeowner, who said they had never seen the man before. 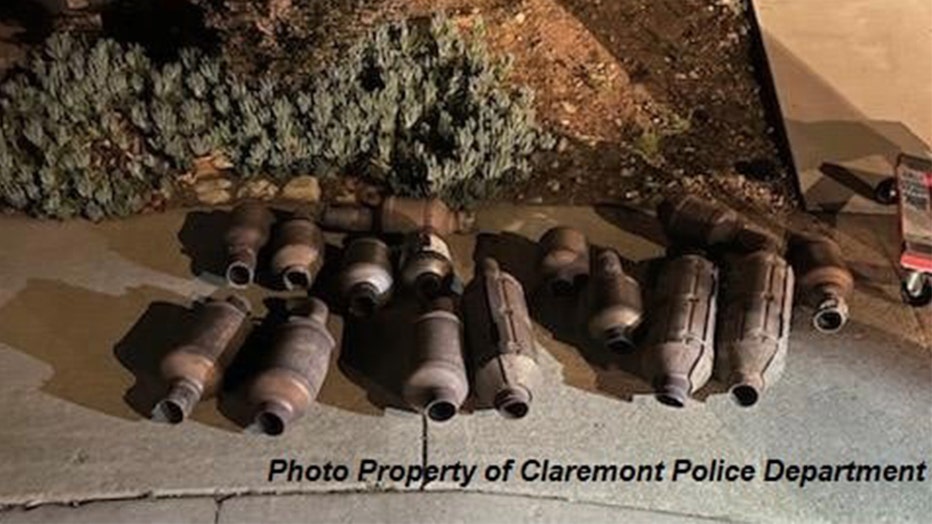 Police collected the evidence and the suspect was placed under arrest for being in possession of stolen property. The suspect, who is from La Verne, was booked into Claremont Jail and later released on a written promise to appear in court.

Police are trying to identify the rightful owners of the catalytic converters. If you suspect that you are a victim, call the Claremont Police Department at 909-399-5411. Police said that if your converter was stolen, you will know when you turn on your vehicle as it will be louder than normal with a portion of the exhaust missing.

The Fontana Police Department also made a catalytic converter theft on Tuesday. Patrol officers located a stolen vehicle in the area of Cherry Avenue and Valley Blvd.

Officers discovered the driver was in possession of at least four stolen catalytic converters along with burglary tools. 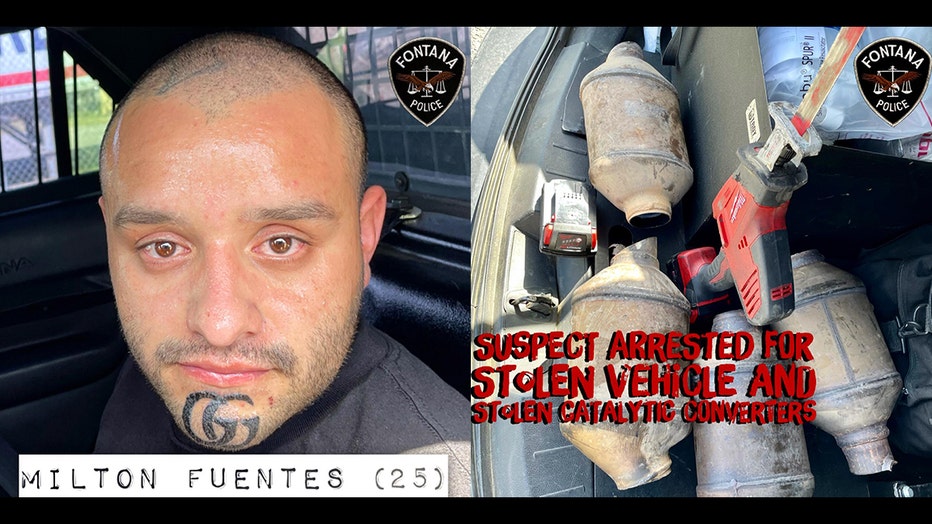 Milton Fuentes, 25, was arrested for driving a stolen vehicle and for being in possession of stolen property.

Catalytic converters, which are attached to the exhaust system of a vehicle, can cost thousands of dollars to replace. They contain precious metals and can be "scrapped" for quick profit.