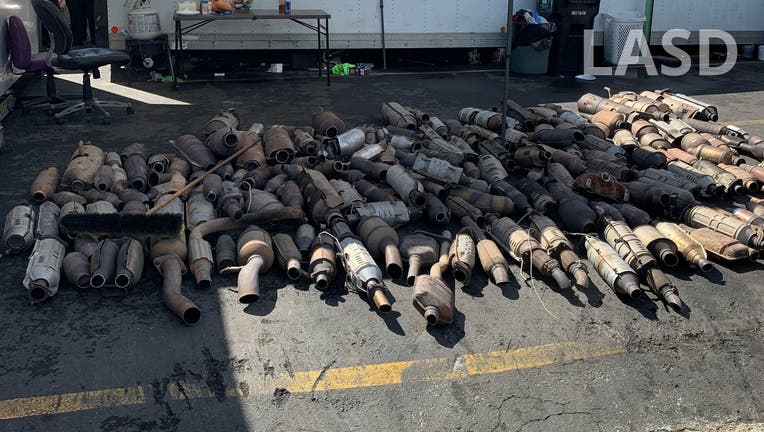 According to LASD's Santa Clarita Valley station, deputies led a search warrant operation that ended in 19 arrests and 250 catalytic converters being recovered -- a total value estimated at $750,000. LASD also recovered a "ghost" handgun and about $100,000.

LASD said in a press release that catalytic converter theft continues to be a growing trend. Deputies say it became an alarming trend in 2020, with a 400% increase throughout Los Angeles County.

"Catalytic converters are attached to the exhaust system of a vehicle. They contain precious metals and can be 'scrapped' for quick profit," LASD's press release said, in-part.

Anyone with information on catalytic converter thefts across the Santa Clarita Valley is asked to call 661-255-1121.