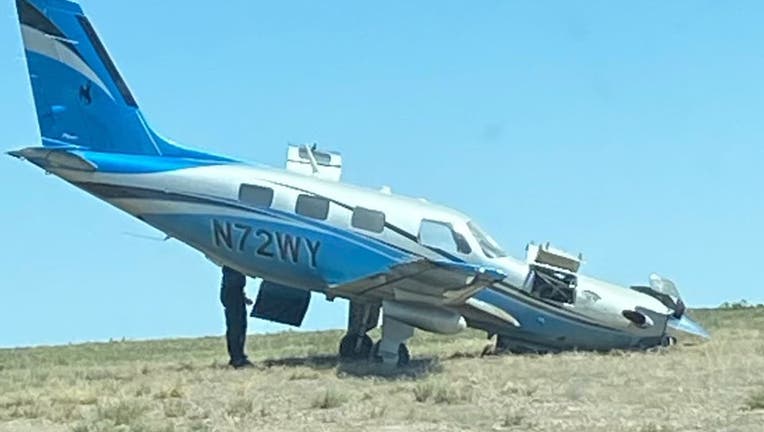 Authorities said the pilot tried to take off in a single-engine plane shortly before 11 a.m. local time from the Pueblo Municipal Airport.

"The plane was trying to take off but was unable to sustain flight," authorities posted on Facebook. "The pilot aborted the take off which caused the plane to go into a nosedive and crash into the ground. The pilot suffered only minor injuries."

Authorities said the plane was only carrying the pilot.