A custodian at San Rafael Elementary had been handcuffed, detained and placed on the ground with high power weapons pointed at him by Pasadena police.

PASADENA, Calif. - A longtime custodian at a Pasadena school was handcuffed and detained by police over the weekend, sparking outrage from some over how the officers responded to the incident.

According to authorities, officers responded to the scene to investigate a reported burglary in progress. 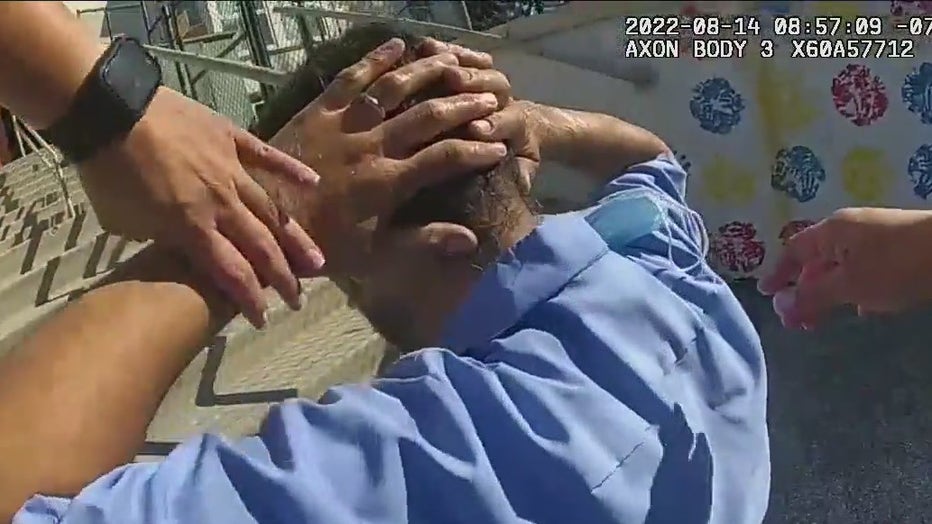 Bodycam video released Tuesday shows the custodian on his knees, being handcuffed at gunpoint even though he told officers who he was.

The custodian was later released after officers were able to verify his identity and association with the school by calling the principal. 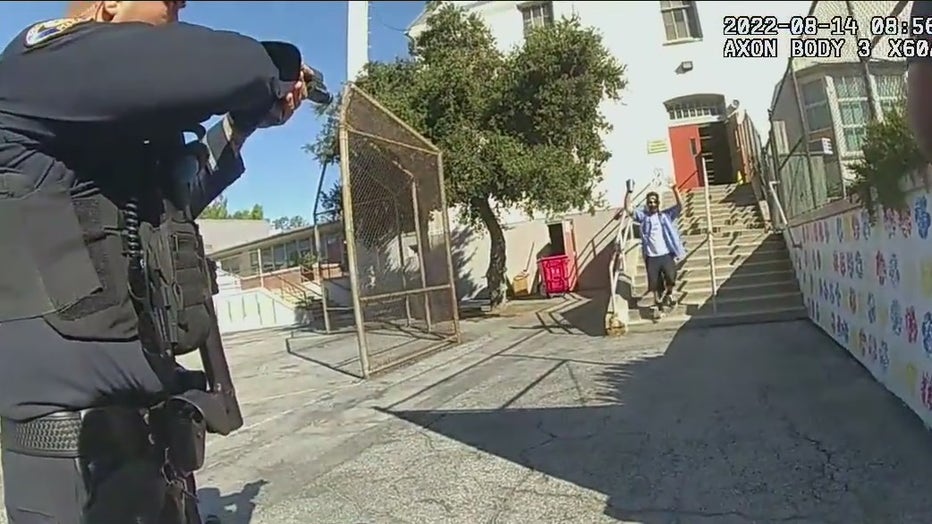 The district's Superintendent Brian O. McDonald called the interim chief of police and filed a complaint following the incident; however, after reviewing the bodycam video, the city of Pasadena ruled the officers acted accordingly.

"Our review has concluded that everyone conducted themselves in a professional way and consistent with City of Pasadena and Police Department policies," a statement read.