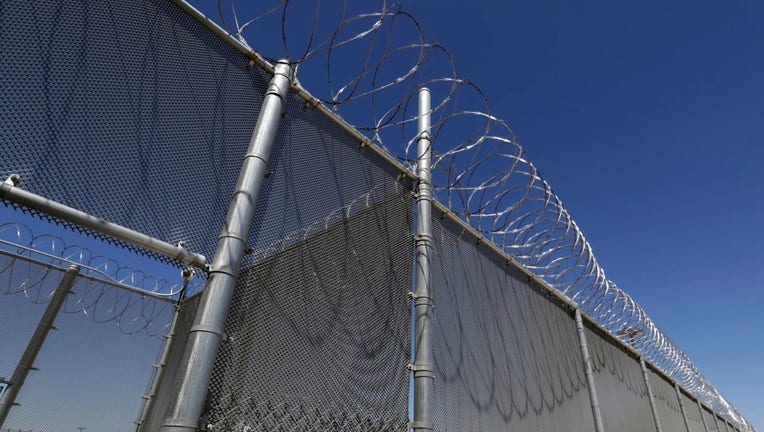 California will ban the use of for-profit, private detention facilities, including those under contract to the federal government to hold immigrants awaiting deportation hearings, under a bill that Gov. Gavin Newsom said Friday that he had signed.

SACRAMENTO, Calif. - Federal judges on Saturday refused on procedural grounds to order California to free thousands of prisoners to ease crowded conditions that attorneys representing inmates likened to a “tinderbox” ready to ignite with the rapid spread of the coronavirus.

But the three judges invited inmates’ attorneys to file a new motion with either or both of two individual judges who oversee major class action lawsuits over inmate medical and mental health care. Both judges are members of the three-judge panel, which also includes a federal appellate judge.

The judges virtually laid out a pathway for the inmates’ attorneys to seek help from the individual judges, and perhaps come back to the special panel after they lay the proper groundwork.

The special panel said it had no authority to address the coronavirus because it was convened 13 years ago to consider a different issue: whether general overcrowding was causing inhumane conditions.

“We take no satisfaction in turning away Plaintiffs’ motion without reaching the important question of whether Defendants have implemented constitutionally adequate measures to protect the inmates of California’s prisons from the serious threat posed by this unparalleled pandemic,” wrote two of the three judges. “But we are bound by (federal law) to reach this conclusion.”

The third judge, U.S. District Judge Kimberly Mueller of Sacramento, agreed on legal grounds but said she thought the special panel may ultimately retain its power to order inmates released “in light of the unprecedented exigent circumstances.”

Don Specter, one of the attorneys representing inmates, said they “will be refiling the motion before the single district court judges as soon as possible.”

Corrections department spokeswoman Dana Simas said the state “has taken significant steps to address the safety and well-being of inmates and staff during the COVID-19 pandemic.”

Gov, Gavin Newsom’s administration already temporarily blocked the transfers of new inmates into prisons and ordered the early release within days of nonviolent inmates who had been scheduled for parole within the next two months. Those moves are expected to lower the population by as many as 6,500 inmates within 30 days.

Those steps are not enough to give inmates double-bunked in crowded dormitories the room they need to stay separated by at least six feet like the rest of the state’s population, said Specter, director of the nonprofit Prison Law Office. That means inmates will rapidly spread the coronavirus among themselves and, through prison employees, into the community at large, he argued.

“There is a desperate need to reduce the prison population because the level of overcrowding in our prisons is literally a matter of life and death,” Specter argued during a 90-minute emergency teleconference Thursday.

The coronavirus causes mild or moderate symptoms for most people, such as a fever and cough that clear up in two to three weeks. It can cause more severe illness, including pneumonia and death, for some, especially older adults and people with existing health problems.

Aside from freeing enough lower security offenders to clear space in dormitories, the inmates’ attorneys asked the judges to release each of the more than 5,000 inmates age 65 and up who have a place to go in the community, and those whose health conditions make them vulnerable to the respiratory illness.

State officials previously said they already are making “creative use” of gymnasiums and other open areas to separate inmates, as well as housing more in public and private lockups outside the prisons. They announced Friday that they are providing $8.7 million for counties that must house jail inmates blocked from transferring to state prisons, as well as to reimburse counties for supervising paroles released up to two months earlier than expected.

Only such a three-judge panel can order inmate releases, under federal law. The judges’ predecessors did so more than a decade ago, ordering the state to dramatically reduce its prison population to improve living conditions.

But the individual judges could — and have — ordered lesser relief many times over the years.