The Orange County Fair is back and better than ever!

ORANGE, Calif. - Last year's capped attendance at the Orange County Fair due to the coronavirus pandemic worked out so well that officials say they will follow the same plan this year when the fair returns on Friday. 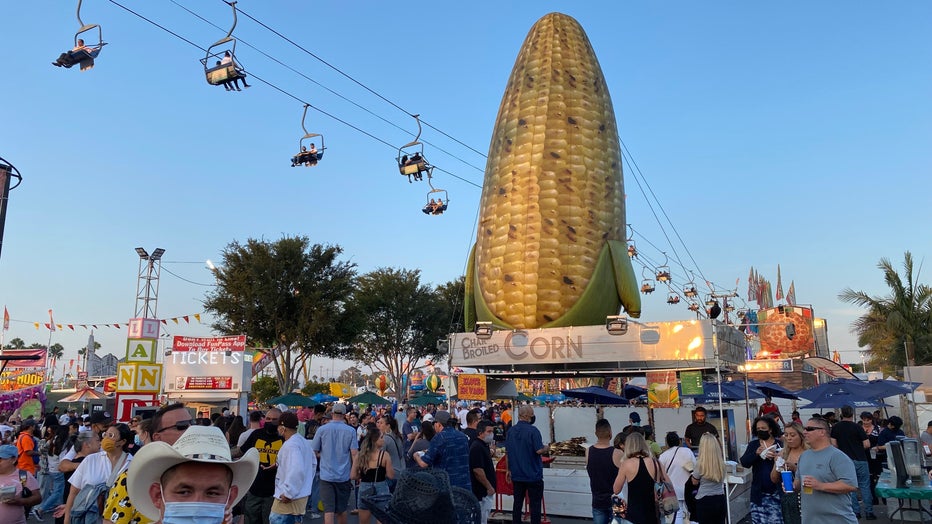 Fairgoers are encouraged to buy tickets online ahead of time to avoid sell-outs. Visitors should also check the fair's social media accounts to see if attendance has been closed off for the day.

As of Tuesday, there were no days sold out yet, Richards said.

"We saw this happen last year, too, really coming into the first weekend," Richards said. "People started getting the word out that I've got to get my ticket online in advance."

There are no fees for buying tickets online in advance. Another feature visitors can expect this year are the same prices.

"I really want to emphasize that despite inflation at such a high and it seems gas prices and grocery prices and utility costs are going up, we did not take a price increase," Richards said.

The fair's admission price of $12 daily and $14 on weekends with kids and seniors getting in for $7 has been the same since 2018.

Richards said fair officials are more focused on providing a good time to visitors than breaking attendance records or turning a profit.

"Fortunately, this community supports the OC Fair very well, so we don't see a reason to raise prices," she said. "We're here to make sure everyone has a fabulous time. We obviously don't want to lose money, but it's not about making money. It's about creating  memories."

The Action Sports Arena, which was closed last year, will make a return this year.

"So we'll have monster trucks and the speedway and demolition derby back," she said. "So we're super excited about that. ... You'll get more bang for your buck at the fair this year, especially if you're sitting in the Action Sports Arena."

Another perk returning is unlimited ride wristbands on Wednesdays and Thursdays, which cost $44 in advance, Richards said, while the new food this year includes a menu of garlic-laced food at Garlicky's and a cotton-candy sundae cone, which is a waffle cone with swirled ice cream and candy sprinkles on top with a ring of cotton candy.

"To me, it looks like a pink tutu around the ice cream," she said.

There's also a "blender bar of our own creation where people can make their own fruit smoothies while pedaling on a bicycle," Richards said.

The "Taste of the Fair" attraction is also back from 11 a.m. to 4 p.m. Thursday, so visitors can get samplings of a variety of fair food. 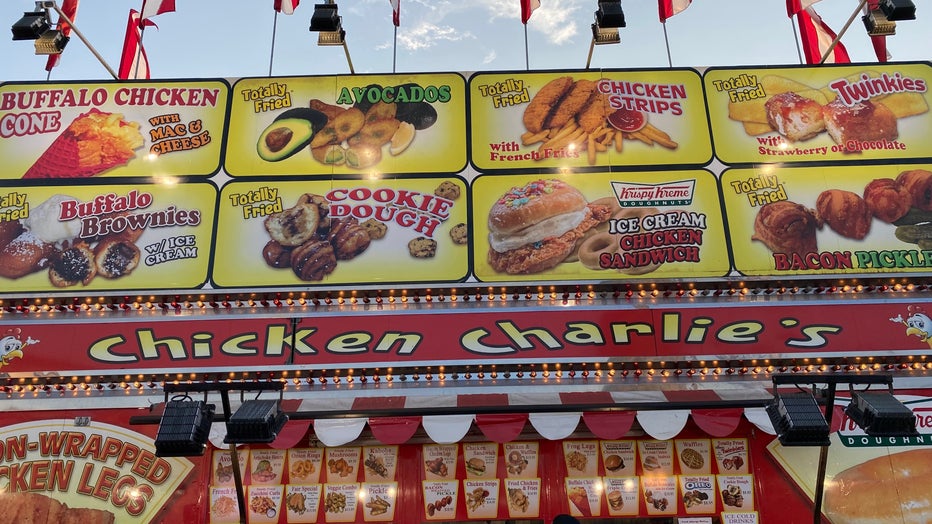 Other new foods at the fair include a Kool-Aid Chicken Sandwich at Chicken Charlie's as well as chicken sandwiches with hot Cheetos and Cap'n Crunch cereal at Biggy's. Fairgoers won't have to guess where the food is this year as a food listing and map will be provided for the first time.

"Pig races are back, and we will have new baby piglets in the barn -- a couple of sows are scheduled to give birth during the fair so some of our guests will get a peek at how mother nature works," she said.

The Pacific Amphitheatre will continue its companion concerts at the fair. This year, 1980s new wave band Boy George and Culture Club will play the amphitheatre for the first time as part of the fair, but on  Aug. 18 -- a few days after the last day of the fair.

Other 1980s favorites the Psychedelic Furs and X will perform Aug. 14.

Comedian Trevor Noah will make his debut at the fair on Saturday night. Kool & the Gang will perform the first night of the fair along with the Family Stone, which includes members of Sly Stone's band.

The fair's hours this year will be 11 a.m. to 11 p.m. Wednesdays and Thursdays and 11 a.m. to midnight Fridays, Saturdays and Sundays. The fair is closed Mondays and Tuesdays.