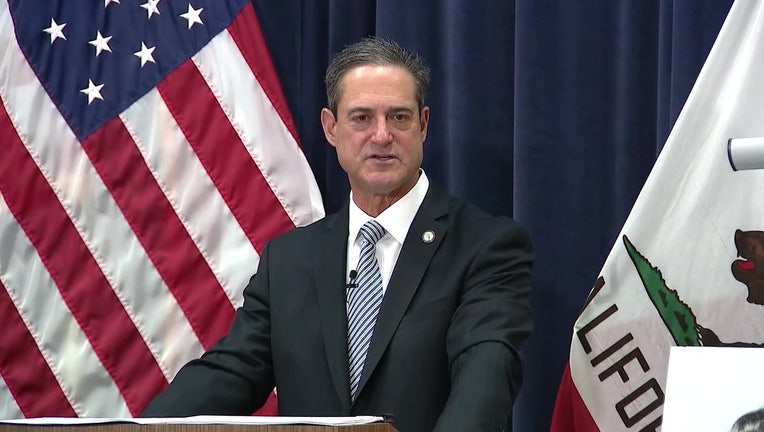 The unit will include three prosecutors, two investigators and will be supervised by the Special Prosecutions unit, which handles high-profile cases such as government corruption.

Spitzer's office noted a rash of hate crimes involving people of Asian or Pacific Islander descent during the COVID-19 pandemic. He cited a 150% increase in such hate crimes in major cities nationally, according to the Center for the Study of Hate and Extremism at Cal State San Bernardino.

The new unit will also focus on educating the community and training local law enforcement in investigating hate crimes. Spitzer's office said some hate crime victims are reluctant to come forward because of mistrust of law enforcement as well as other language and cultural hurdles.

"I have made the prosecution of hate crimes a centerpiece of my administration because of the devastation hate crimes cause to the individual victim as well as the entire community," Spitzer said. "We cannot change who we are and no one should be targeted and victimized because of who they are, how they look, or who they love.

"The beauty of Orange County is found in its diversity. Hate will not be tolerated here," he continued. "By working to educate our communities, better training our law enforcement officers, and sending a strong message to haters that hate-motivated crimes will not be tolerated, we are preventing hate crimes from ever occurring and when they do occur we are standing up for victims and holding haters accountable."