The Newport Beach City Council is holding a special meeting to discuss whether beaches should be temporarily shut down. It comes as Newport and Huntington Beach saw lots of people last weekend, despite parking restrictions.

The Newport Beach City Council voted 5-2 to reject a proposed ordinance to close the city's beaches for the next three weekends to avoid a repeat of last weekend when thousands of beachgoers converged in Newport Beach and drew the ire of Gov. Gavin Newsom, who said it would hurt the state's efforts to flatten the curve of coronavirus cases in California.

Newport Beach City Council members will hold a special meeting Tuesday to consider shutting down its beaches for the next few weekends, a move that may prompt Huntington Beach to follow suit as Gov. Gavin Newsom scolded Orange County officials for what many critics thought was a violation of the state's stay-at-home order during the COVID-19 pandemic.

The move to close Newport Beach's shorelines came as soaring temperatures encouraged throngs of beachgoers to converge in that city and in Huntington Beach this past weekend. Options for beachgoers have shriveled as Los Angeles and San Diego counties and Laguna Beach closed off shoreline access. 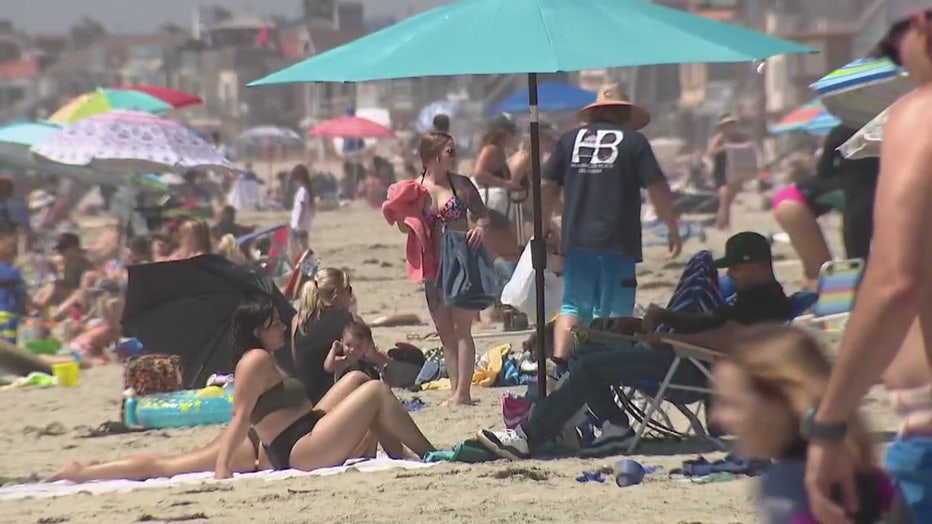 At his Monday's daily briefing, Newsom repeatedly criticized the large crowds at Orange County's beaches and warned that large gatherings would slow the state's efforts to reopen businesses and relax stay-at-home orders.

"Those images are an example of what not to see, ... what not to do
if we're going to make the meaningful progress that we've made in the last few
weeks extend into the next number of weeks," Newsom said. "The reality is we are just a few weeks away, not months away, from making measurable and meaningful changes to our stay-at-home order."

Newport Beach City Council members will meet Tuesday afternoon to discuss whether to close their beaches for the next three weekends. A city spokesman said City Council  members would not be made available for comment beforehand and some council members did not respond to requests for an interview on Monday.

If Newport Beach decides to go ahead and close the city's beaches, it could have a domino effect on Huntington Beach.

"If Newport Beach closes all of its beaches and that crowd decides to come here we'll have to make some serious decisions to make sure that doesn't happen," said Huntington Beach Fire Battalion Chief Eric McCoy.

Meanwhile, Orange County Supervisor Lisa Bartlett is concerned that a shutdown of beaches in north county will spur beachgoers into the beaches in Dana Point, San Clemente and San Juan Capistrano. Bartlett suggested approving something similar to San Diego, where joggers, bikers and strollers are welcome, but sunbathers are shooed away. 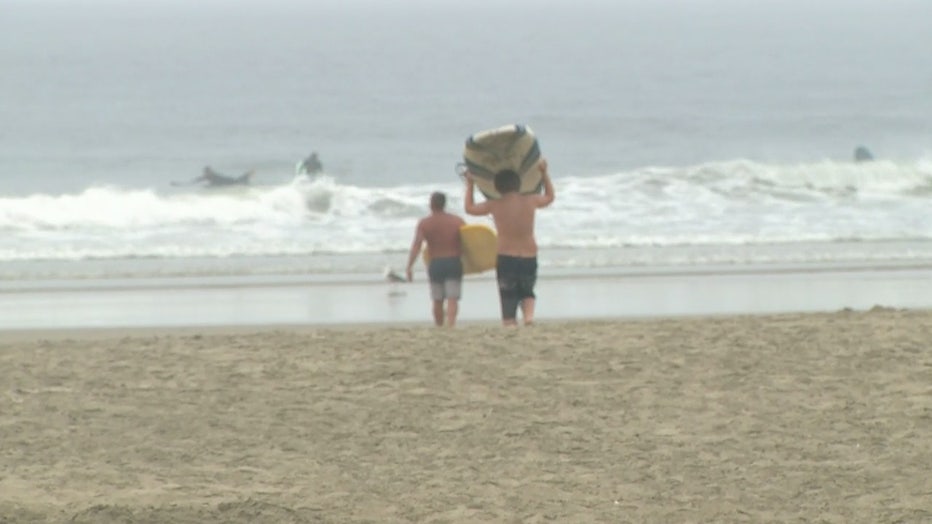 "We could keep our beaches open, but allow for people to recreate, walk, jogging and running on the beach, but keep moving," Bartlett said.

Last week, Bartlett proposed closing the beaches for the next few weeks, but her motion died for lack of a second.

Supervisor Andrew Do said Bartlett's proposal would be too difficult to enforce.

Orange County Board of Supervisors Chairwoman  Michelle Steel told reporters Monday afternoon that she thought beachgoers were "properly social distancing... In the city of Huntington Beach people who came to the beach kept their distance from each other."

Steel said, "It's important to take care of our mental health as well. We want our neighbors to get exercise. This plays a big role in mental health, which is why we encourage our residents to safely spend time outside. Their local beaches are an ideal place to do so."

Blackwood said the turnout was "pretty typical of what we see in summer weekends." She estimated it at about 6,000 people during peak hours across the major beaches.

Dr. Nichole Quick, the county's health officer, said, "We encourage residents to recreate in their general neighborhood... Mass gatherings are not allowed under the governor's orders."

Newport Beach City Council members will hold a&nbsp;special meeting to consider shutting down its beaches for the next few&nbsp;weekends.

Quick encouraged family outings, but added, "If you need a car to reach a place to recreate then you're going too far."

Laguna Beach last month voted to close its beaches. The county has also closed parking lots to the beaches to help curtail crowds, but it has caused parking problems in some neighborhoods around the beaches, Laguna Beach police Sgt. Jim Cota said.