In San Bernardino they are remembering the 14 lives lost during a terrorist attack at a holiday party in 2015. A new memorial is now up at Cal State San Bernardino, honoring all those lost.

SAN BERNARDINO, Calif. - Thursday marked six years since 14 people were killed and 22 others injured during a terrorist attack at a holiday party in San Bernardino.

On Dec. 2, 2015 Syed Farook and his wife Tashfeen Malik opened fire using high-powered weapons on victims outside and inside the Inland Regional Center (IRC) in San Bernardino.

To honor the lives lost, a new memorial was unveiled Thursday at Cal State San Bernardino. Five of the victims attended school there.

The San Bernardino County Museum in Redlands also held a special ceremony to unveil a model of a new exhibit known as the "Curtain of Courage."

It is a curved curtain that will be commemorated with colored glass and inscriptions chosen by the family members. 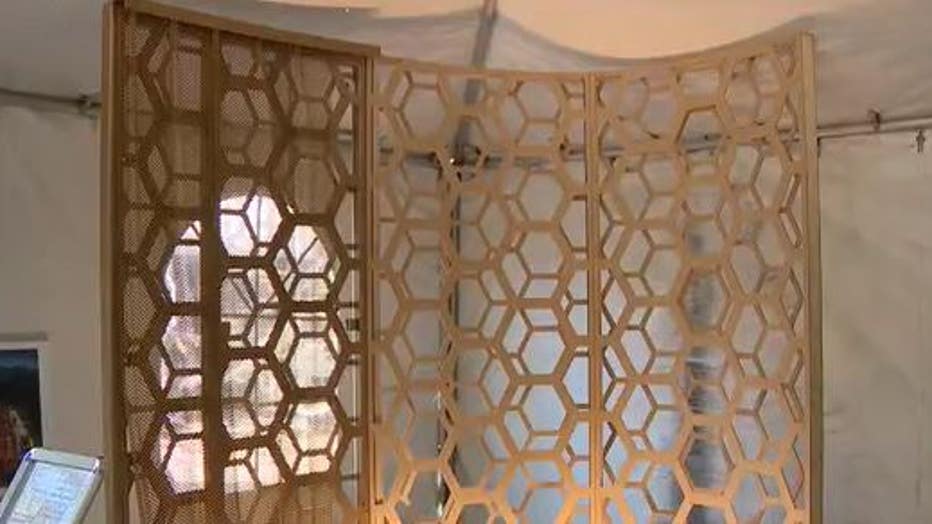 Artist Walter Hood worked on the creation with the families who got to see if today. It will be on display until December 19.

The "Curtain of Courage" Memorial is under construction on the east side of the San Bernardino County Government Center and is expected to be unveiled in the spring.

"The Curtain of Courage Memorial will be a place of reflection where the community can unite in spirit with the families of those lost and injured in this unimaginable tragedy. We will never forget their stories," said San Bernardino County Board of Supervisors Chairman Curt Hagman.