The California Department of Public Health has quietly updated its youth sports rules to include guidance that only one parent can be allowed to observe their child’s game.&nbsp; It’s a decision California Assemblyman Jordan Cunningham is calling arbitrary and dumb. He’s now calling for it to be changed immediately.

LOS ANGELES - The California Department of Public Health has quietly updated its youth sports rules to include guidance that only one parent can be allowed to observe their child’s game.

It’s a decision California Assemblyman Jordan Cunningham is calling arbitrary and dumb. He’s now calling for it to be changed immediately.

"If you read the guidance it says that basically only one person per family is allowed to attend a youth sporting event and that’s incredibly dumb," Cunningham said.

Specifically, the guidance says age appropriate supervision should be limited to a single adult or immediate family member older than the sport participant.

"It basically fell from outer space and they haven’t bothered to explain the scientific basis for it, I don’t think they can because I don’t think there is any scientific basis for it at all. We’re looking at a situation where we’re about to allow professional sports to reconvene, you can take your family to Dodger Stadium, but you can’t take your family to a soccer field to watch your kid play sports," Cunningham stated. 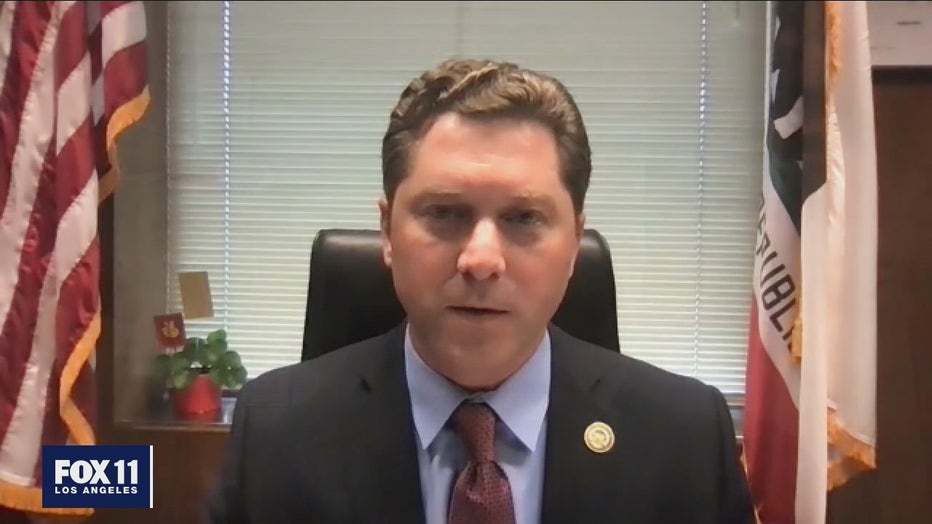 "It’s insane and it’s not supported by science."

Brad Graham has a son who plays basketball at Foothill High School in Orange County. He was part of the lawsuit against Governor Newsom that brought back indoor youth sports across the state. And he says the state’s new guidance is ridiculous.

"It’s even more, I don’t want to say insulting, but over cautious in the sense that they say one to supervise, not even about having fans there to make it a real experience for our kids, rather it’s one person there to supervise," Graham said.

Graham, who has a Master’s in public health, says with California’s older population mostly vaccinated and the younger population at less risk, the state’s guidance to allow only one parent just doesn’t make sense.

RELATED: 90% of California can dine indoors, go to movies, hit a gym

"What the heck we just put a rover on Mars but we can’t figure out how to get more people in the gym and to give a better experience for our kids," Graham added.

"Most of these sports are outdoors, think about this, if your county is in a red tier, you can go to a movie with your family, you can go eat indoors and have dinner with your family but you can’t go to an outdoor sporting event paced 10, 15, 20 feet away from anyone else to watch your kid play soccer or baseball, it’s ludicrous and it needs to be revised immediately," Cunningham said.

FOX 11 reached out to the state Thursday night to ask about the new guidance and figure if it’s a rule, suggestion, or if it’s up to local counties to figure out. We have not heard back yet from the state.