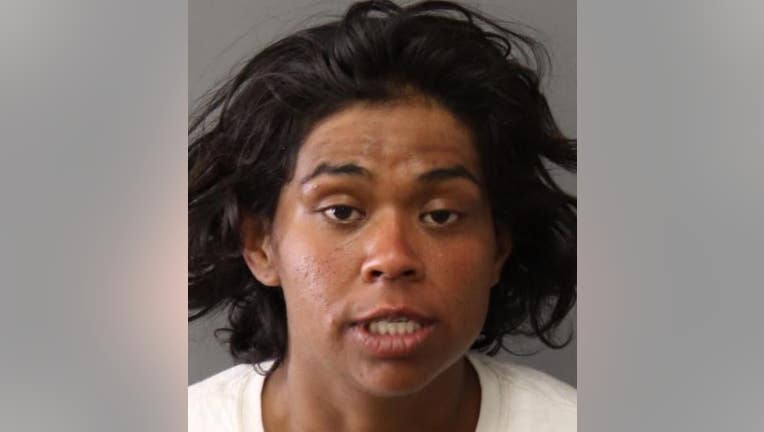 RIVERSIDE, Calif. - A homeless woman was arrested for allegedly attacking and robbing a mother who was at a park attending a soccer game with her children, Riverside Police said on Tuesday.

Maria Pacheco, a 29-year-old transient from Hemet, was arrested and booked into jail for robbery and false imprisonment. She is currently being held on $30,000 bail.

The incident happened on Sunday morning at Don Lorenzi Park, located in the 4200 block of Jackson Street.

The mom told police that she was attending a soccer game at the park with her children when her two kids entered the restroom and encountered an erratic woman inside.

The mom went inside the restroom and was allegedly attacked by the woman, who police said violently pulled her hair and stole her phone from her back pocket. The mom was able to break free and ran out with her children to call the police.

When officers arrived, they located the female suspect still inside the restroom and in possession of the victim’s phone and strands of her hair from the attack.

Officers learned Pacheco was recently released from a nearby behavioral health facility before this incident occurred.