A jury has found a farm laborer guilty of murder in the abduction and killing of a University of Iowa student who vanished while out for a run in 2018. (Source: FOX Edge)

DAVENPORT, Iowa - A jury found a farm laborer guilty of murder Friday in the abduction and stabbing death of Mollie Tibbetts, a University of Iowa student who vanished while out for a run in 2018.

Cristhian Bahena Rivera, 26, was found guilty of first-degree murder in the death of Tibbetts, who is remembered as a friendly 20-year-old who was studying to become a child psychologist. Bahena Rivera, who came to the United States illegally from Mexico as a teenager, will be sentenced to life in prison without the possibility of parole.

A jury has found a farm laborer guilty of murder in the abduction and killing of a University of Iowa student who vanished while out for a run in 2018.

The verdict was handed down after a two-week trial at the Scott County Courthouse in Davenport. The case has fueled public anger against illegal immigration and concerns about random violence against women.

Tibbetts, 20, vanished while out running on July 18, 2018, in Brooklyn, Iowa. She was reported missing the next day after she didn’t show up for her summer job at a daycare. Investigators recovered her partially naked, decomposing body from a cornfield a month later. 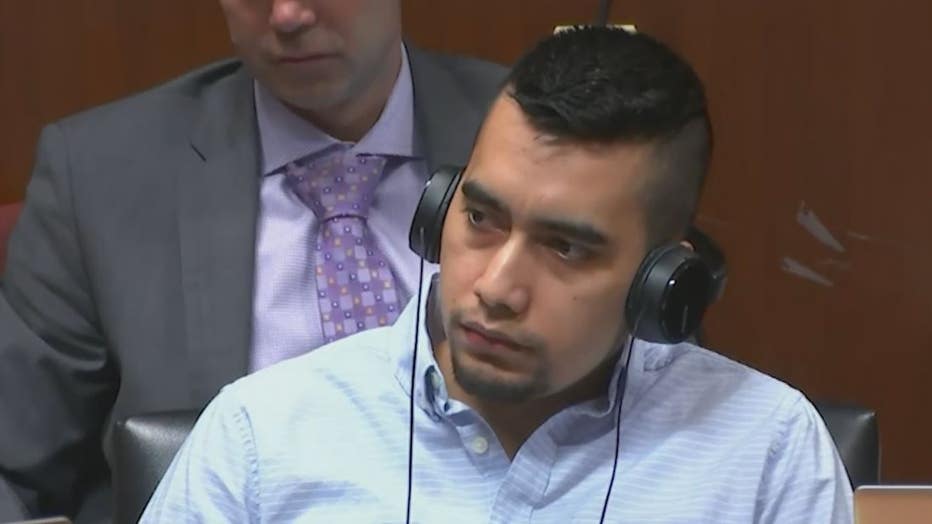 Cristhian Bahena Rivera, a 26-year-old father of a young daughter, had no criminal history before being charged with first-degree murder in Mollie Tibbetts’ death. (Source: FOX Edge)

Prosecutors used the DNA evidence, surveillance video showing Bahena Rivera’s Chevy Malibu driving near where Tibbetts was running, and his partial confession during an 11-hour interrogation to build their case. Tibbetts’ DNA was found on blood spots on the rubber trunk seal and trunk liner of the Malibu.

During a lengthy interrogation that began Aug. 20, 2018, Bahena Rivera said that he drove past Tibbetts while she was running and turned around to get another look because he found her attractive.

He eventually said that he approached Tibbetts and fought with her after she tried to get away and threatened to call the police. He claimed that he then "blacked out" but remembered driving with her body in the trunk of his car. He led investigators in the early morning hours of Aug. 21 to a remote cornfield where they found her badly decomposed body hidden under corn stalks.

An autopsy found that Tibbetts died of sharp force injuries from several stab wounds to her head, neck and chest. Investigators never found the murder weapon.

What happened in the Mollie Tibbetts case

Mollie Tibbetts was a 20-year-old student at the University of Iowa when she was stabbed to death in 2018.

The defense rested its case Wednesday after Bahena Rivera took the stand and gave a far different narrative than presented by the prosecution. In a surprise development, Bahena Rivera reversed his confession to killing Tibbetts and claimed for the first time that two masked men took him at gunpoint from his trailer, forced him to drive as one of them killed Tibbetts on a rural road and directed him to a rural area where he left her body.

Prosecutor Scott Brown said in his closing arguments that the testimony revealed "overwhelming evidence" that Bahena Rivera is guilty of murder.

He told jurors that Bahena Rivera killed Tibbetts out of anger after she rebuked him. He said Bahena Rivera also had a sexual motive, noting that Tibbetts was found partially naked with her legs spread when her body was found.

"There weren't two other guys. That's a figment of his imagination," Brown told jurors, saying Bahena Rivera concocted the story to try to explain away damning evidence. "All of the credible evidence points to him."