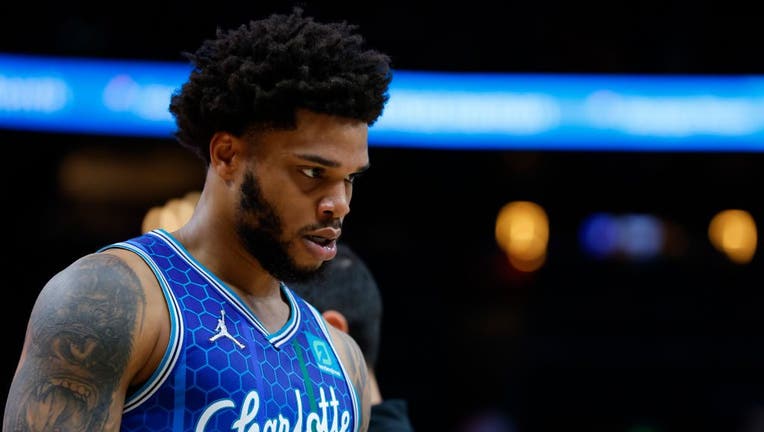 Miles Bridges #0 of the Charlotte Hornets reacts during the second half against the Atlanta Hawks at State Farm Arena on April 13, 2022 in Atlanta, Georgia. (Photo by Todd Kirkland/Getty Images)

On Tuesday, Gascón announced via press release that Bridges, who last played for the Charlotte Hornets, will be charged with one felony count of injuring a child’s parent and two felony counts of child abuse under circumstances or conditions likely to cause great bodily injury or death.

"Domestic violence creates physical, mental and emotional trauma that has a lasting impact on survivors," Gascón said in a press release. "Children who witness family violence are especially vulnerable and the impact on them is immeasurable. Mr. Bridges will be held accountable for his actions and our Bureau of Victim Services will support the survivors through this difficult process."

Bridges, 24, was reportedly involved in a fight with Johnson prior to the arrest. Los Angeles County jail records say Bridges was arrested for felony domestic violence on June 29. Bridges' bail was set at about $130,000 and was released shortly after his arrests, according to jail records.

Prior to his arrest Wednesday, the former Hornet was coming off a breakout 2021-2022 season. The former Michigan State star finished the regular season averaging just over 20 points per game, 7 rebounds per game and just under 4 assists per game on .491 field-goal percentage.

After an excellent fourth season in the NBA, Bridges was expected to command a max salary as he entered this summer as a restricted free agent. Bridges had bet on himself by rejecting a 4-year, $60 million deal to stay with the Hornets the previous offseason.