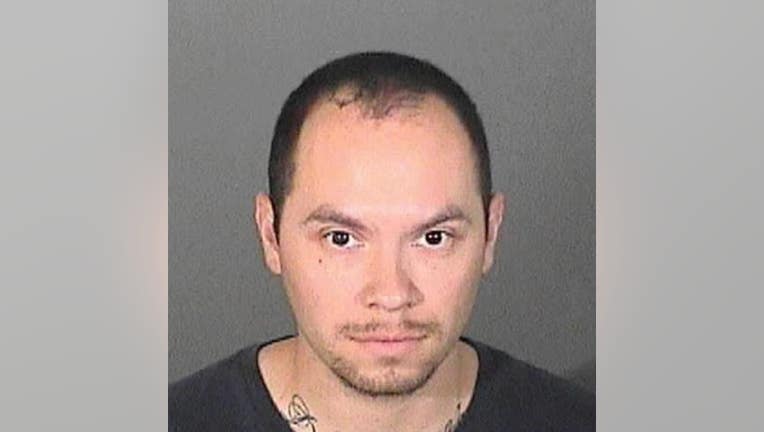 LOS ANGELES - A man wanted in the New Year's Eve 2017 killing of a man outside a Northridge restaurant is now in custody following his arrest in Mexico.

Derek Bryan Dominguez, 31, was returned to Los Angeles and booked on suspicion of murder early Wednesday, according to the FBI and the Los
Angeles County Sheriff's Department.

He's being held on $3 million bail, the sheriff's department reported.

Dominguez was charged with murder in Los Angeles, and a state warrant was issued for his arrest on Jan. 26, 2018.

Los Angeles Police Department detectives investigating the killing believed that Dominguez fled to Mexico, and a federal arrest warrant was issued on Feb. 2, 2020, after he was charged federally with unlawful flight to avoid prosecution, the FBI reported.

The fugitive investigation was conducted by detectives with the LAPD
and the FBI's Fugitive Task Force in Los Angeles.