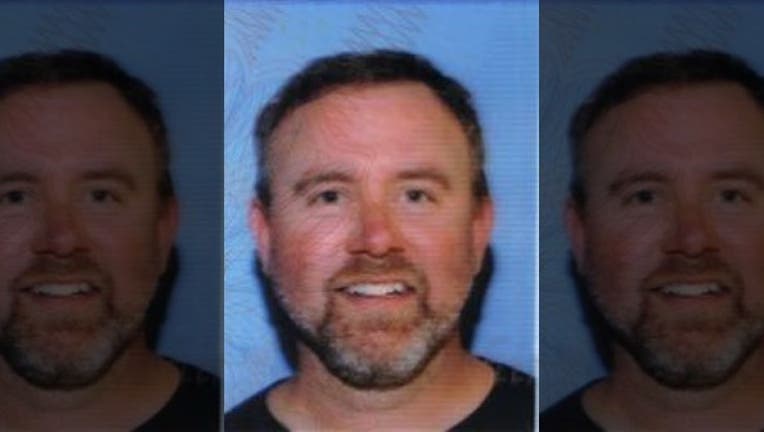 LOS ANGELES - A Washington man who pleaded no contest to murdering his estranged wife in her Santa Clarita-area home while her children slept was sentenced Monday to 35 1/2 years to life in state prison, with a judge and the victim's family saying they believe he should remain behind bars for the rest of his life.

Superior Court Judge Cynthia L. Ulfig noted that James Matthew Dorsey "will have the possibility of being paroled in the future" as a result of the policies of Los Angeles County District Attorney George Gascón, who has barred prosecutors in his office from filing special circumstance allegations in new cases that could result in sentences of death or life in prison without the possibility of parole.

A man suspected of stabbing his estranged wife to death in Santa Clarita was arrested after an hours-long standoff.

"Obviously the feeling of the family members here, as well as this court, is that he should remain in prison for the rest of his life," the judge said.

Michelle Dorsey, a 38-year-old mother of three boys, died April 15 of stab wounds after being taken to a hospital. She had also suffered blunt force trauma injuries, according to online records from the coroner's office.

Roughly a month after his arrest, Dorsey, 42, pleaded no contest May 17 to one count each of murder, attempted kidnapping, first-degree burglary, fleeing police and resisting arrest.

The judge said she understands that the victim's family will have a fear that Dorsey may one day "be allowed to roam freely among them," and said she hopes the parole board will "take a close look at the danger this defendant poses to the community at large" and carefully review the facts of the case, including statements made in court by the victim's family members.

"The only thing I can say is we've lost everything," the victim's mother said. "My shattered heart will never have peace again."

Cheryl Smith said she is "100% devoted" to her grandsons, whom she said live in fear that their father will come to kill them.

The victim's brother, Daniel Smith, said the couple's sons don't even want to go back to the house to pick up their clothes. He called Dorsey a "monster" and told him that it was "pure evil to carry out what you have done."

Her sister, Jessica Jordan, called for the "fullest punishment." She told the judge that she lost her best friend "67 days ago" and will "never forgive" Dorsey for what he did.

"Prior to dying, she identified her estranged husband, who we are naming as James Matthew Dorsey, as the person who stabbed her," sheriff's Lt. Barry Hall said shortly after the attack.

"The information we have right now is that he's not even living in the state, and they were certainly estranged, he's not even welcome at the house -- he probably forced his way through the door at the back," the sheriff's investigator said then.

Dorsey fled the area in his wife's 2013 Chevrolet Malibu, which was spotted the night of the killing at 330th Street West and Alamo Pump Drive near Gorman. He was believed to be armed with a large knife and barricaded himself in the car.

The hourslong standoff concluded peacefully after "many verbal attempts" by Santa Clarita Valley Sheriff's Station deputies and crisis negotiators to persuade the suspect to surrender.

The victim had sought a temporary restraining order against her husband when they separated in 2019 and investigators believe she was planning to refile that paperwork, according to the Santa Clarita Valley Signal.

Hall previously said that he was outraged the District Attorney's Office didn't file sentencing enhancements including lying in wait and murder committed in the course of a kidnapping. Sheriff Alex Villanueva, who has been at odds with Gascón, also noted soon after the case was filed that Dorsey would be "eligible for parole in the future" as a result of the sentencing enhancements not being filed.