An Orange County man is getting justice after the thieves accused of stealing his epic Lego collection were busted by police.

IRVINE, Calif. - The victim of a robbery in Orange County offered up kudos to the Irvine Police Department after he was robbed of two Lego sets.

But, police investigated the crime as if they were lost diamonds not toys.

Mason Grishin is a director of design by trade and a Lego collector by choice.

A couple of months ago, he decided to sell a couple sets on Offer Up.

He met the buyer in a parking lot to exchange two Harry Potter Lego sets for $1,000… a $100 profit.
However, after the exchange, he realized something went wrong. 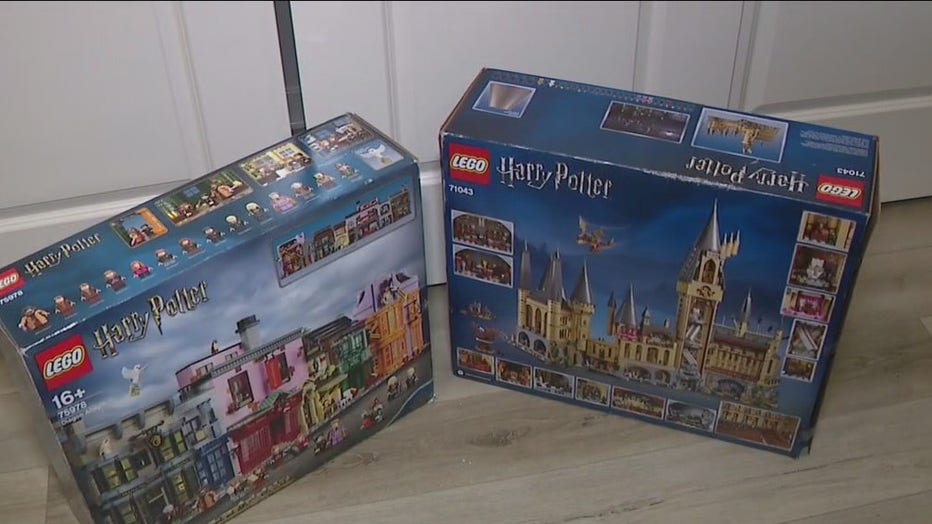 "While I was opening the envelope, I realized that there’s fake hundred dollars and a napkin. By the time I realized, he was already in his driving seat, he locked his doors. I tried to open the passenger door but wasn’t able to. I actually broke the car door handle, but he took off," Grishin told FOX 11.

He was able to get a shot of the car and the license plate, and here’s where his ode to the Irvine Police Department begins.

"They show up like 10 or 20 seconds after, so when I was on the phone with 911 and the first car showed up and then maybe three more cars."

Grishin had little hope that police would recover his stolen Legos or catch a suspect. But he did his part by picking a photo of a possible suspect.

Then about three weeks ago he got a surprise... police got the suspect and Mason got his Legos back.

While Grishin got his Leos back, the boxes were damaged... so no value to collectors, however he says it’s a treasure to him because the robbery felt like a violation but getting them back felt like justice.

He owes it all to the Irvine Police Department.