Another weekend, another massive underground party captured by FOX 11’s undercover cameras. But this one had a much different ending. The LA County Sheriff's Department showing up and shutting the whole thing down.

PALMDALE, Calif. - The Los Angeles County Sheriffs Department made 158 arrests while breaking up a massive underground party at a house in Palmdale over the weekend, and only FOX 11’s cameras were there to witness it.

Over the past several months, FOX 11 has been investigating the underground party scene, which has continued to rage as COVID-19 cases surge to all-time highs and stay at home orders are reinstituted.

FOX 11 has tracked a juvenile promoter who has thrown large parties in Pomona and Ontario in recent weeks, and on Saturday night, he threw another party in Palmdale at a house that was up for rent and was illegally accessed somehow.

The party was promoted on social media. FOX 11 was recording video of streams of people arriving to the party when a large task force of LASD units arrived and surrounded the home.

Deputies got on a loudspeaker and ordered everyone out of the house, while an LASD helicopter circled above.

Partiers inside the home could be seen laughing and looking out the window while they recorded and live-streamed themselves. 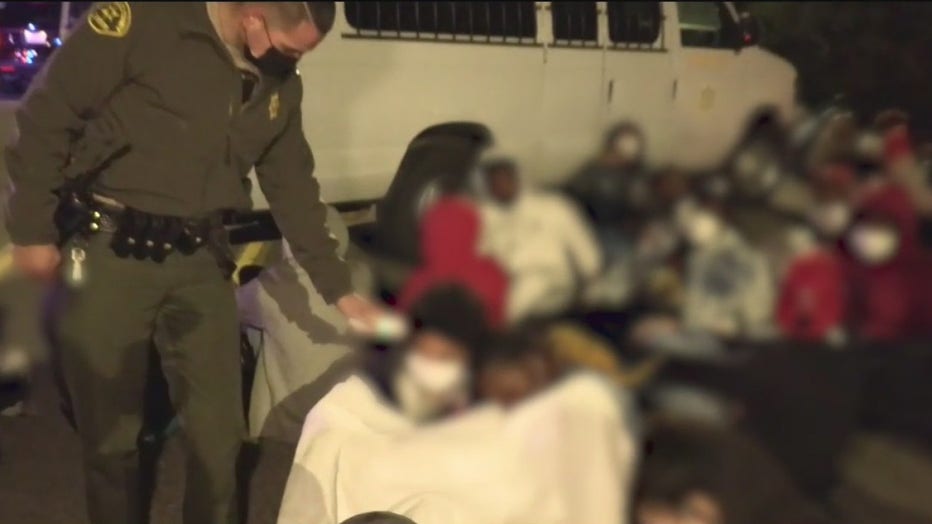 Seven people were booked into jail. Another 116 adults were cited and released for misdemeanors.

Thirty-five juveniles were cited and released for misdemeanors.

There were five arrests on burglary charges, three adults, and two juveniles.

One juvenile was arrested on a gun charge, and one at-risk female juvenile runaway was recovered by LASD’s Human Trafficking Task Force, which had been searching for the girl.

The 17-year-old promoter was also arrested, and was seen being placed into a police cruiser while deputies appeared to take a large bag of cash from him.

"It was what we call a super spreader for COVID," said Lt. Paul Zarris of LASD’s Palmdale station.

Lt. Zarris told FOX 11 that after the department received intel about the party, they brought in teams from three different LASD stations to put a stop to it."

The numbers were increasing, they were getting to the point to where well over 100 bodies were inside the house and they were close, not masked up, not using anything to protect themselves, and at this point, we knew we had to get in there and stop it," he said. 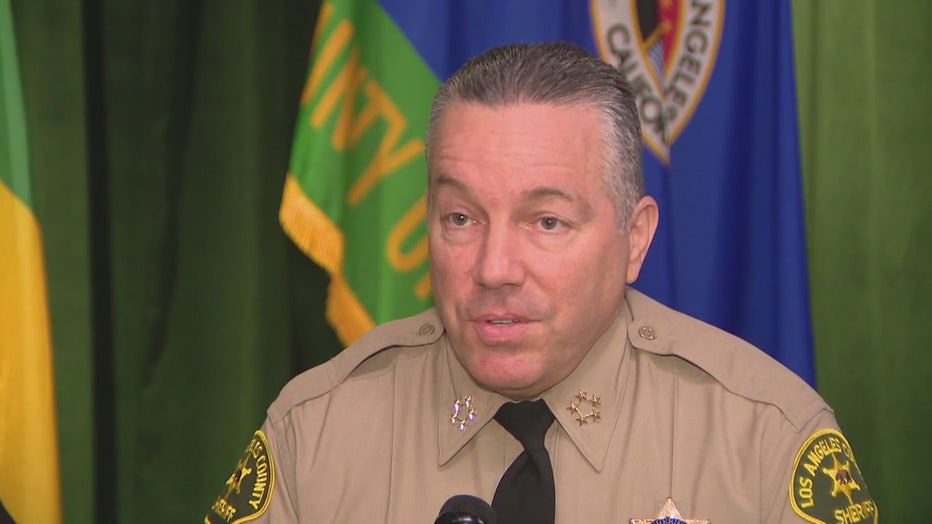 Last week, Sheriff Alex Villanueva told FOX 11 that he would not enforce health orders at struggling businesses under a stay at home order, but he would focus his enforcement on large gatherings like these.

"We’re gonna target things known as super spreader events where people are congregating and there’s no social distancing, no mask-wearing, those are the ones that seem to be the biggest drive of the current surge," he said.

"I want to stay away from businesses that are trying to comply the best way they can, I don’t want to make their lives any more miserable."

It was one of the first parties FOX 11 has seen in LASD jurisdiction, and the department says they wanted to send a message.

"We just want to make sure that this doesn’t happen, especially in our area, we’ll let them know that this is not acceptable," Lt. Zarris said.

"We want to make sure we’re setting an example that we aren’t gonna tolerate it," LASD tells FOX 11 that Sheriff Villanueva will hold a press conference on Tuesday where he will urge other law enforcement agencies to crack down on superspreader events.