NORTH HOLLYWOOD, Calif. - A greater-alarm fire broke out on Monday night in at least two commercial buildings in North Hollywood has caused a roof to collapse and downed power lines. 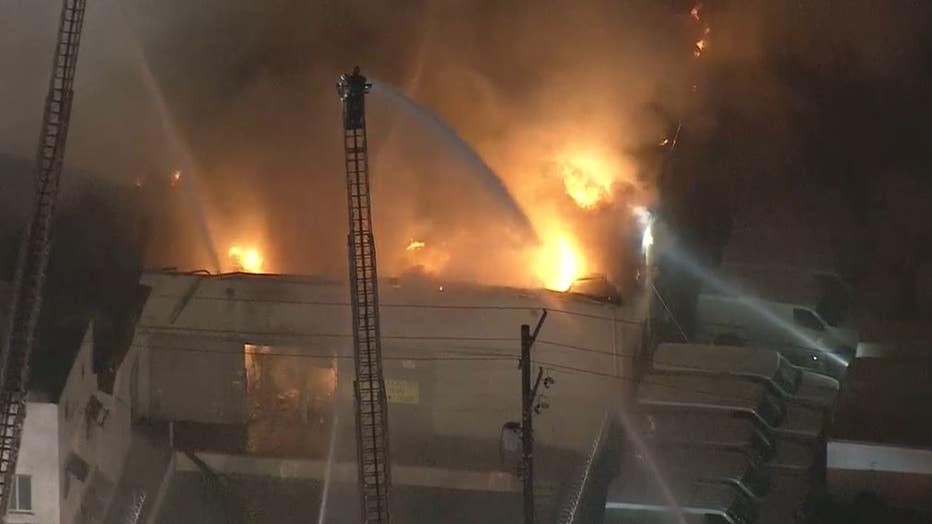 Firefighters were called to a single-story building at 5400 Tujunga Ave. just after 9 p.m., where a garbage fire had extended to the structure, according to Margaret Stewart of the Los Angeles Fire Department.

Firefighters conducted a defensive operation to extinguish the blaze.