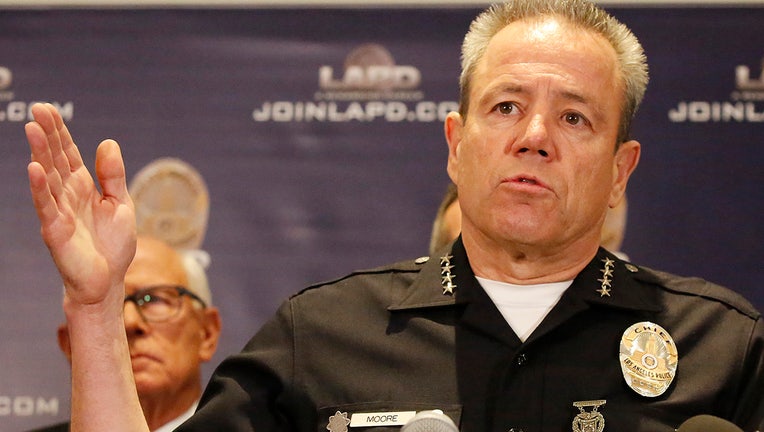 LOS ANGELES - Los Angeles police Chief Michel Moore has moved to fire an officer who allegedly falsified information collected during traffic stops, and the department is referring the case to prosecutors to consider possible criminal charges, the agency announced Friday.

The officer in question was not identified. The LAPD has been investigating allegations that some officers falsified information collected during traffic stops, falsely describing some motorists as gang members.

According to a statement released by the department, an internal investigation into the alleged falsification of data is continuing, but Moore has already "concluded that the actions of one officer was a serious violation of department policy."

"Chief Moore has directed the officer to an administrative tribunal for the purpose of removal," according to the LAPD. "The department has also presented this case for criminal filing consideration. The two other officers involved in those incidents remain assigned home pending the outcome of additional investigation."

Last week, Moore told the Police Commission that 20 officers have been reassigned during the investigation into alleged data tampering, with 10 assigned to home duty and 10 others taken off patrol duties.