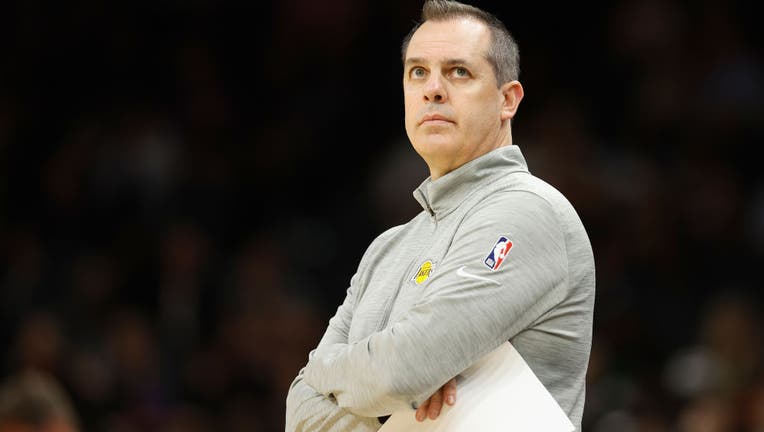 LOS ANGELES - The Los Angeles Lakers are reportedly planning to fire head coach Frank Vogel after three seasons with the team, according to a report from ESPN's Adrian Wojnarowski.

UPDATE: Frank Vogel out as Lakers head coach after 3 seasons

"Frank Vogel has coached his final game for the Lakers," Wojnarowski tweeted Sunday night, adding that the decision is expected to be shared with Vogel Monday.

Vogel joined the Lakers ahead of the 2019-2020 season, leading the franchise to its 17th NBA championship in his first season at the helm. The following season the Lakers were booted from the playoffs in the first round by the Phoenix Suns.

Two years removed from a championship, the Lakers finished the 2021-2022 regular season with a record of 33-49, losing eight of their last 10 games, and as many games as the last two seasons combined. The Lakers were eliminated from postseason contention back on April 5, and finished the season in 11th place in the Western Conference, with more starting lineup configurations than wins.

The team's final game of the season Sunday night was an 146-141 overtime victory against the Denver Nuggets. If Sunday was in fact Vogel's last game with the team, he finishes his three years with an overall record of 127-98.