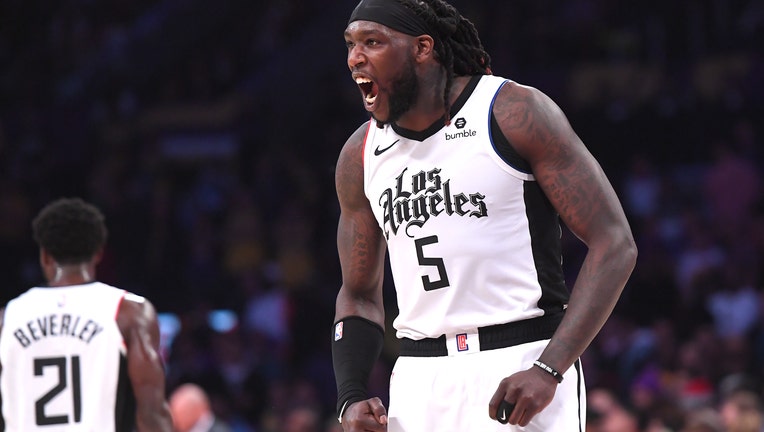 LOS ANGELES, CA - DECEMBER 25: Montrezl Harrell #5 of the Los Angeles Clippers reacts to a basket in the second half of the game against the Los Angeles Lakers at Staples Center on December 25, 2019 in Los Angeles, California. NOTE TO USER: User expr

LOS ANGELES - NBA's reigning Sixth Man of the Year Montrezl Harrell is reportedly on the verge of joining the Los Angeles Lakers.

According to a report from ESPN's Adrian Wojnarowski, the former Clippers big man is signing with the Lakers for two years, $19 million.

Prior to Friday's development, Harrell was the Clippers' spark plug off the bench, averaging more than 18 points and about 7 rebounds per game in the 2019-2020 season. After a successful 2019-2020 regular season, Harrell was named the league's most outstanding player as a player coming off the bench.

Following the reports of the signing, Clippers guard Patrick Beverly appears to not be happy about his now-former teammate switching locker rooms at Staples Center.