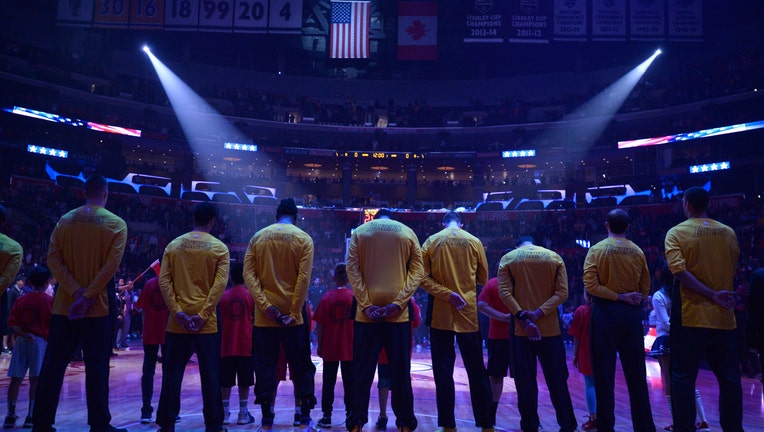 LOS ANGELES - For Laker Nation, the 2019-2020 NBA season was a campaign they'll never forget. The Los Angeles Lakers entered the season as one of the favorites to win the NBA Finals after landing former New Orleans Pelicans star Anthony Davis. After an unprecedented season, which happened to be the longest in NBA history, that prediction that came to fruition.

The Lakers were hopeful they could pair LeBron James with Kawhi Leonard, who was the reigning NBA Finals MVP at the time, bringing Toronto their first championship in franchise history. However, Leonard shocked the sports world when he signed with Los Angeles' other NBA team, the Clippers. Shortly after, the Clippers signed another NBA All-Star, Paul George.

It appeared the Clippers were clear favorites in the Western Conference Finals after coming out victorious in the first two match-ups, including on Christmas Day. However, as the season continued, the Clippers were unable to match the stamina, chemistry, and grit of the Lakers.

The Lakers ripped through a 24-3 regular season start mid-December and weeks after their hot start, the team, the world of sports, and Southern California suffered an unimaginable loss: Kobe Bryant's death.

As Laker Nation tried their best to move forward and heal after saying goodbye to an NBA legend, the league encountered another unimaginable obstacle: COVID-19. Following a six month COVID-19 pause, the NBA season resumed via a bubble system in Central Florida.

RELATED: Welcome back: The NBA sets the schedule for season restart

Despite being away from their families and the fans at Staples Center for months while inside the NBA bubble, the Lakers muscled their way to the franchise's 17th NBA championship.

Just days after celebrating their NBA Finals victory over the Miami Heat, the Lakers have now shifted their focus to title defense due to a shortened NBA offseason set to begin on Dec. 22.

FOX 11 is tracking the latest offseason moves heading into the 2020-2021 NBA season:

• Marc Gasol is leaving Toronto and will reportedly sign a two-year deal, ESPN reported. The Lakers will make room for the big man by trading JaVale McGee to Cleveland. This makes a historic move as it makes Pau and Marc the first set of brothers to play for the men in purple and yellow.