LOS ANGELES - Los Angeles County leaders have agreed to pay outgoing CEO Sachi Hamai a sum of $1.5 million and provide her private security following her claims that she was repeatedly harassed and intimidated by L.A. County Sheriff Alex Villanueva. 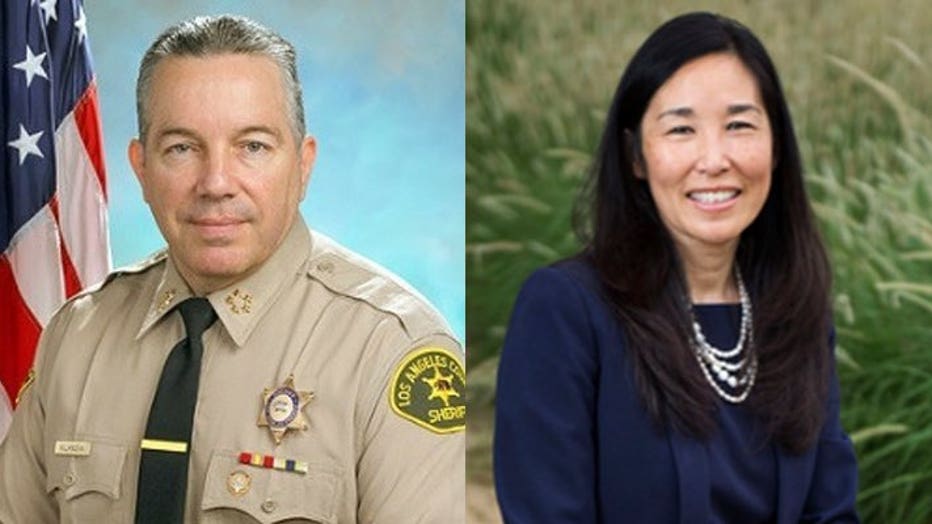 Her biggest critic has been Sheriff Villanueva, who has repeatedly slammed her for her decision to cut the Los Angeles County Sheriff Department's budget and has often criticized her on social media.

FOX 11 has obtained a letter written by L.A. County Counsel Skip Miller that was sent to the Board of Supervisors on July 30.

The letter claims that Hamai has been subjected to relentless harassment and intimidation from the sheriff, which has led to alleged online threats against Hamai.

Miller wrote in the letter that Hamai is asking the county to continue providing her private security through the end of the sheriff’s term, and that “she has asked me to ask you for $1,500,000 for all she’s been put through.”

Miller confirmed to FOX 11 that L.A. County agreed to those terms, in exchange for Hamai’s promise to not sue the county.

“From my perspective, it looks like a gift of public money,” Villanueva said. “I think this would be the first time in history that a recognized public official is claiming that a policy dispute is harassment.”

Villanueva told FOX 11 he was stunned when he learned about the settlement, calling it a golden handshake at a time when county jobs are being cut due to COVID-19 budget issues.

“What absolute nonsense,” Villanueva said. “I’m doing my job on behalf of public safety to advocate on behalf of the budget of the sheriff’s department. Every single thing I said publicly, I stand behind, every single sentence, and they know it."

In a statement to FOX 11, Miller said: "Over the past several months, the sheriff has engaged in a campaign of intimidation and harassment against the county's CEO. It was all totally unwarranted and highly inappropriate, culminating in the sheriff slandering the CEO on Facebook by falsely saying she committed a 'felony' and then by filing a false police report accusing her of criminal activity with the state AG."

“I think that’s absolute nonsense, as a CEO and a public figure she’s not entitled to anything,” Villanueva said. “Zero, there’s no claim, there is no lawsuit, and he knows that, so his claim is nonsense.”

Villanueva went on to say he finds it concerning the county opened up the wallet to pay Hamai without any kind of formal process, and he says even though county leaders have repeatedly criticized him publicly, he has never asked for a payout.