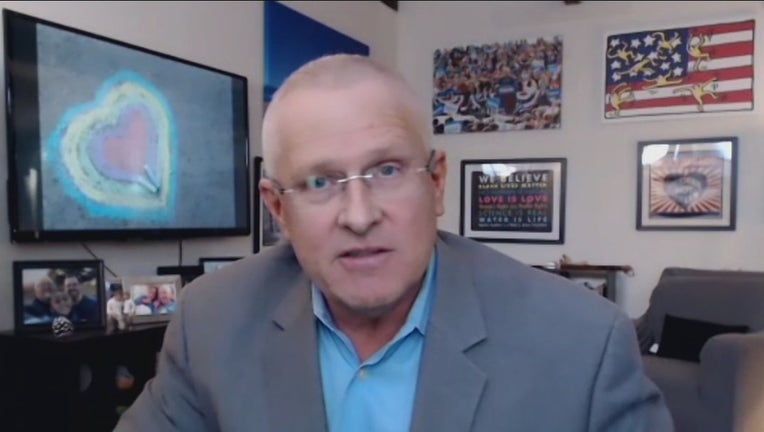 LOS ANGELES - Los Angeles City Councilman Mike Bonin has been served with a recall notice amid a growing concern from residents over the ongoing homelessness crisis.

The notice was served at Bonin’s home in Mar Vista and is the first official step in waging a recall campaign.

"Since he was first elected to represent the citizens and residents of Los Angeles City Council District 11 in 2013, Councilman Mike Bonin's history of broken promises, terrible and counter-productive public policy proposals, and unwillingness to listen or take action to represent the interests of the people and communities of the westside of Los Angeles have had devastating consequences," the website for Recall Bonin 2021 reads. "Under Mike Bonin's watch, the humanitarian crisis of the homeless population is growing exponentially."

Mike Bonin weighs in on the growing homeless problem in Venice

Los Angeles City Councilmember Mike Bonin joined FOX 11 to discuss the ongoing homeless issue in Venice and what he plans to do about it.

In a statement to FOX 11, Bonin called the recall effort an "extravagant waste of taxpayer money."

"A recall election, held right before regularly scheduled city elections, would be a waste of millions of dollars of taxpayer money -- dollars that could be better invested in addressing our homelessness crisis and providing essential services to help families and improve neighborhoods," the statement continued.

Bonin claims that the recall campaign has been "championed and promoted by the same right-wing forces that are trying to erode the democratic process and take down progressive officials around the state."

Recall organizers would need to collect more than 27,000 signatures for the measure to qualify for the ballot.

Bonin is already running for reelection in June 2022 for his third and final term.