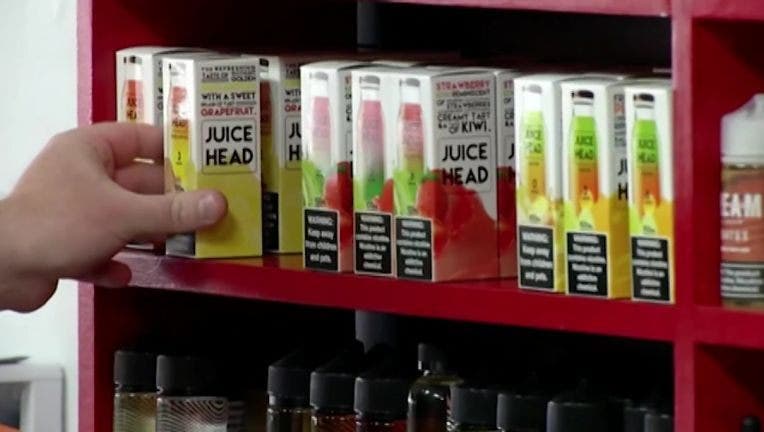 LOS ANGELES - The Los Angeles City Council on Wednesday passed a motion ordering the City Attorney’s office to draft an ordinance that would end the sale of flavored tobacco and menthol cigarette sales in the city.

Under the proposed ordinance, which will be drafted and come back to the City Council for approval, existing smokers lounges will be able to sell hookah products for on-site or off-site consumption, but the city's 4,500 tobacco retail stores will be banned from selling flavored tobacco, including hookah tobacco.

"This is an adult activity, so it doesn't allow for young people to be exposed in these premises," she said. She proposed an amendment to exempt the sale of shisha, which is the tobacco used for hookah.

That amendment, which passed narrowly with 8 yes votes and 6 no votes, came as the City Council faced demands from the National Hookah Community Association for the city to exempt hookah from the ordinance, calling hookah a cultural tradition.

Los Angeles City Attorney Mike Feuer told council members in a letter Tuesday that he opposes any exemption in the ordinance, including for menthol tobacco and hookah lounges, saying it would ``perpetuate disparities in tobacco addiction and diminish the efficacy of the ban.''

"A comprehensive ban should include hookah flavored products, which are often targeted to youth and disproportionately impact communities of color," he said. He added that menthol products have been targeted to Black people in the U.S., and that smoking-related illnesses claim the lives of 45,000 African-Americans each year.

Councilman Mitch O'Farrell, who initiated the ordinance's process in a November 2018 motion, said he opposes exempting retail sale of hookah and thought it was a double standard, considering the City Council is not exempting menthol cigarettes.

The Los Angeles County Board of Supervisors voted unanimously in October 2019 to adopt an ordinance banning flavored tobacco products, including menthol, and to call on Gov. Gavin Newsom to pass a statewide ban on vaping.

Tobacco use is the number-one preventable killer in the United States, resulting in more deaths than the number of people who die from alcohol, AIDS, car accidents, illegal drugs, murder and suicides -- combined.

Every day, thousands of young people will use a tobacco product for the first time, and many of those tobacco products will be flavored. In California alone, 36.5% of high school students report using tobacco products. Of those, 86.4% reporting using a flavored product, according to the California Attorney General's Office, which filed a brief in the U.S. 9th Circuit Court of Appeals in support of Los Angeles County's ordinance banning the sale of flavored tobacco products.