LOS ANGELES - A United Airlines flight from Chicago to Los Angeles was diverted on Monday due to an unruly passenger.

According to United, flight 2649 landed in Denver after a passenger caused some sort of disturbance on board.

Law enforcement officials met the aircraft at the gate and removed the passenger; the flight then continued to Los Angeles.

Crew members on a Delta flight out of Los Angeles on Friday are credited for saving the aircraft from a man who passengers say attempted to overtake the plane and the FBI is now investigating. (June 2021)

The amount of unruly passengers has greatly increased over the years, several have been reported at LAX alone this year. 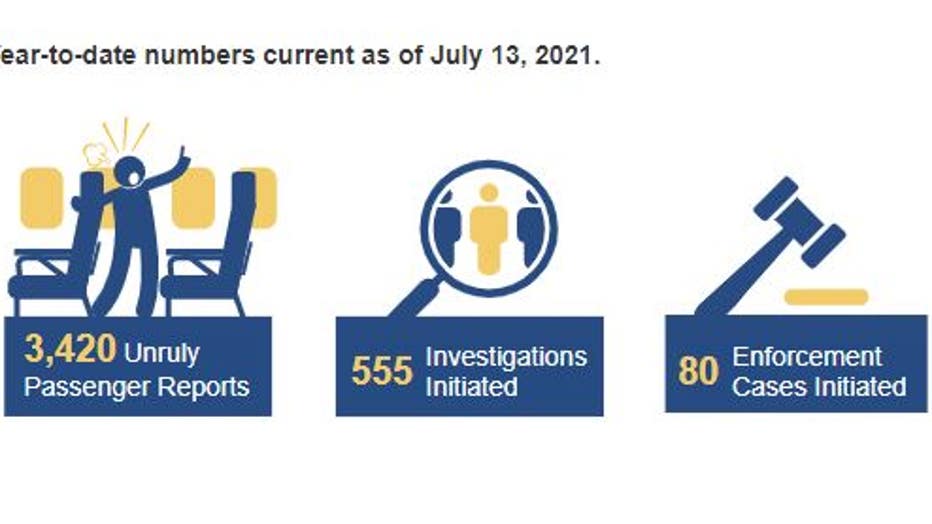 The FAA has a zero tolerance policy for unruly and dangerous behaviors. As part of the FAA's Reauthorization Bill, they can propose up to $37,000 per violation for unruly passenger cases.