LOS ANGELES - Two Washington residents were arrested in connection with over two dozen "blessing scams" targeting the elderly and Spanish-speaking victims outside churches in the Los Angeles area.

According to police, the suspects - Claudi Stoian, 27, and Madalina Paun, 24 - were arrested Tuesday in connection with a string of street robberies and thefts in Pico Union, Westlake, and Historic Filipinotown. 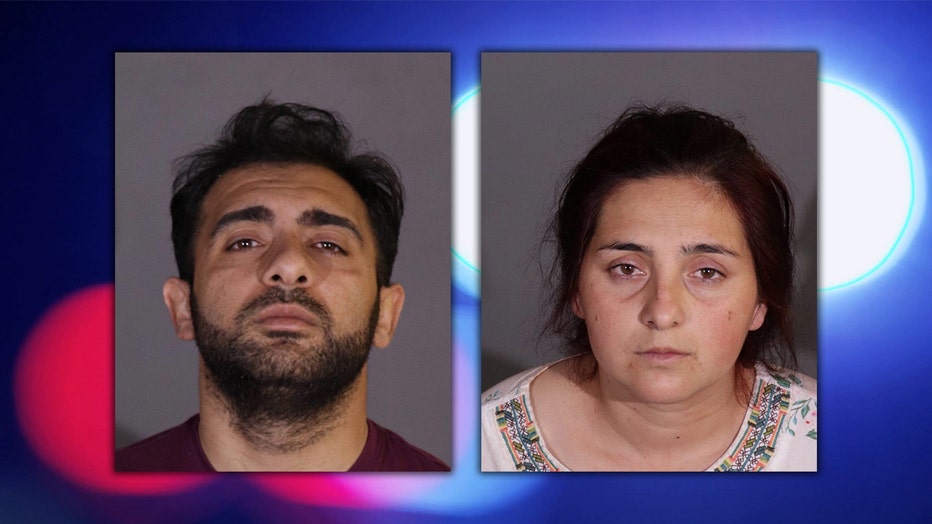 Police said the suspects, who had two young children with them in the car when they were arrested, were seen interacting with a woman in the area of 12th and Burlington streets when they took the victim's jewelry and drove away. Authorities later seized their rental car and recovered jewelry, money, and over evidence linking them to the crimes, police said. The victim in this robbery is being sought by police for questioning. She is described as a woman in her 30s with blond chin-length hair.

According to detectives, Stoian and Paun are suspects in the string of "blessing scams" in the area dating back to February 2021. During the crimes, they drove an SUV and allegedly approached the victims asking to "bless" their jewelry or money. Once the victim's property is removed, Paun would allegedly put cosmetic jewelry and/or taped-up pieces of lottery tickets into the victim's clothing.

Police said Stoian showed a handgun on at least one occasion, and Paun had blown an unknown substance in the victims' faces at least twice, which caused the victims to become disoriented.

The victims were often elderly or have special needs, with the suspects targeting Spanish-speakers near churches.

Authorities believe there are additional suspects and victims.