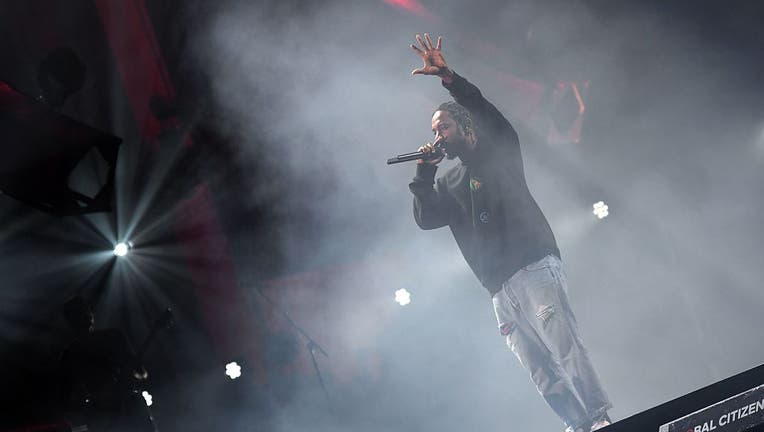 The Compton native made cryptic posts on his social media channels Monday afternoon, prompting users to visit his website oklama.com. Upon logging onto the site, the retro-themed folders direct the user to a short and sweet press release.

"Album: ‘Mr. Morale & the Big Steppers,’" the release reads, with a release date of May 13 listed. A stamp at the bottom of the scanned page reads, "Appreciate your patience."

Lamar hasn't released a new album since "Damn" dropped five years ago last week. That album won the 2018 Pulitzer Prize for Music, and the Grammy for Best Rap Album that same year. It was also up for Album of the Year.

Lamar's been busy since that release, producing the soundtrack for 2018's Marvel hit "Black Panther," and most recently performing alongside Dr. Dre, Snoop Dogg, Eminem and Mary J. Blige in the Super Bowl LVI halftime show at SoFi Stadium in Inglewood. His latest single "Family Ties" was released in August 2021.

Lamar seems ever aware of fans' anticipation of his latest release. His tweet announcement Monday was a reply to a tweet from back in February that joked that the rapper was "officially retired."