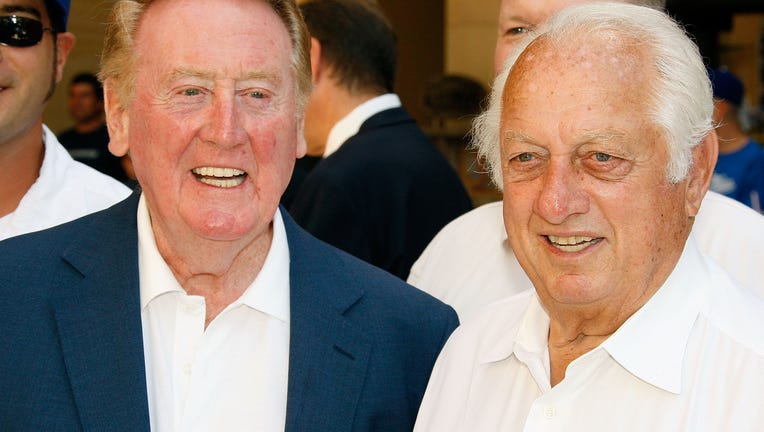 Los Angeles Dodgers' legend Tommy Lasorda passed away at the age of 93 on Jan. 7.

On Friday, the longtime Dodgers announcer released a short statement on social media regarding their deaths.

"I want to express my gratitude for all your kind messages about my beloved Sandi. And with the loss of my dear friend Tommy, it's been quite a lot to bear," Vin Scully said on social media.

Sandra Scully had been married to Vin since 1973. Lasorda helped the Dodgers win two World Series titles (1981 and 1988) and four National League pennants during the 21 seasons as the team's skipper from 1976 to 1996.

Vin Scully spent about 67 years as the voice of Dodgers baseball before retiring in 2016.