Sandra Scully, the wife of longtime Los Angeles Dodgers announcer Vin Scully, has died after a battle with ALS.

LOS ANGELES - Sandra Scully, the wife of longtime Los Angeles Dodgers announcer Vin Scully, has died at the age of 76.

The Dodgers announced in a press release that Sandra Scully died over the weekend after a battle with ALS, a neuromuscular disease, over the last several years. 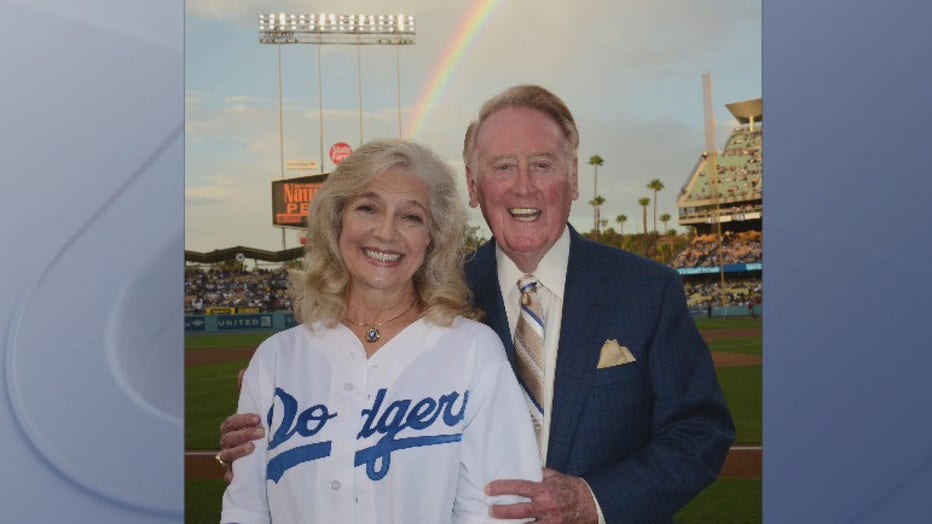 Sandra Scully had been married to Vin since 1973, according to the Dodgers.