The Forum is officially Kia Forum

A new sign was spotted Thursday outside the venue, proclaiming it the "Kia Forum," thanks to a naming-rights deal between the automaker and venue owner Steve Ballmer.

"Kia America is proud of our history in Southern California going back to the establishment of our US Headquarters here in 1992, and so we all celebrate now being part of one of the most historic, and emotionally-connected live entertainment and sports venues in California – if not the world," said Russell Wager, vice president, marketing, Kia America. "We are thrilled to be a part of the entertainment and excitement of live music and events at the Kia Forum moving forward."

Steve Ballmer purchased the Forum two years ago, ostensibly to resolve a legal battle launched by previous owner Madison Square Garden Co. over Ballmer's plans to build a new arena for the Los Angeles Clippers just blocks away. MSG officials claimed the project violated its agreements with the city of Inglewood by placing a competing venue in the area. 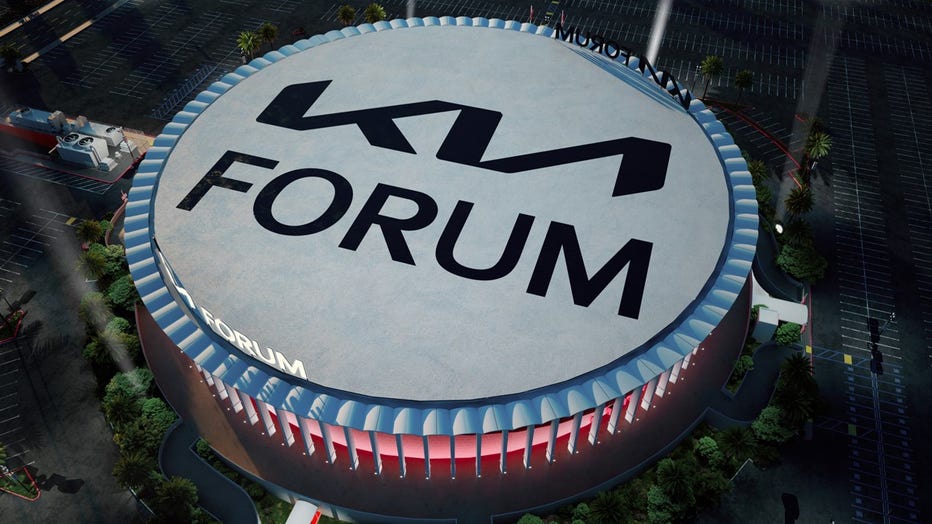 The Forum, once home to the Lakers and Kings, is now primarily a music venue.

The Forum is the latest LA venue to be renamed. The Staples Center was renamed Crypto.com Arena in December of 2021.