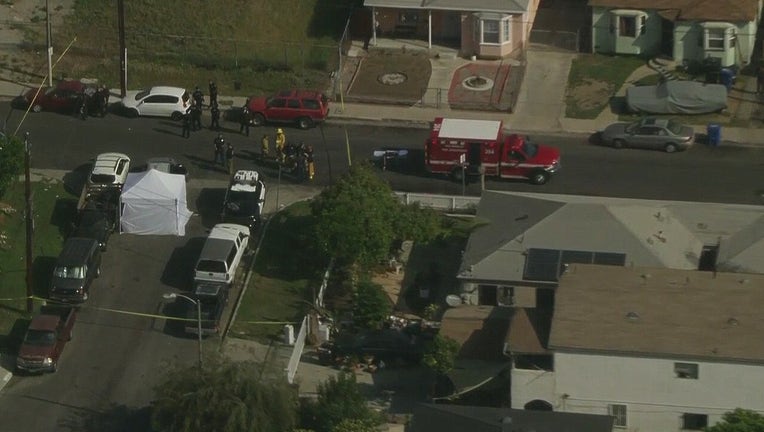 A hazmat situation was reported Monday morning in the area of Broadway-Manchester. (Photo: SkyFOX) (FOX 11)

LOS ANGELES - One person is dead and two other people were hospitalized Monday morning suspected of overdosing on fentanyl in the area of Broadway-Manchester.

The hazmat team responded to the scene near 232 W. 115 Street around 8: 55 a.m. to investigate possible exposure to an "undetermined product."

According to the Los Angeles Fire Department, two people were found inside a vehicle in critical condition, and a third person was found outside the vehicle with minor conditions.

One person, a 28-year-old male, was pronounced dead at the scene.

"The evidence on scene indicates an overdose resulting in a death which leads to the suspicion of the unknown substance being fentanyl," the LAFD said in a statement later Monday.

The Los Angeles Police Department was taking over the investigation.