When mama couldn't make it to the hospital, the Los Angeles Fire Department made it to her.

A pile of pallet boxes containing hand sanitizer caught on fire at a downtown Los Angeles building, according to the LAFD.

A medical facility in West Hills was evacuated Wednesday after a chemical spill, according to authorities.

One person was hospitalized following a crash in Hollywood Hills on Sunday.

The 30-year-old driver was extricated from the car and sent to the hospital in critical condition, LAFD said.

Los Angeles city firefighters knocked down a greater-alarm fire that ignited at a discount store in Koreatown late Friday morning.

The Los Angeles Fire Department is mourning one of their own after a firefighter passed away. 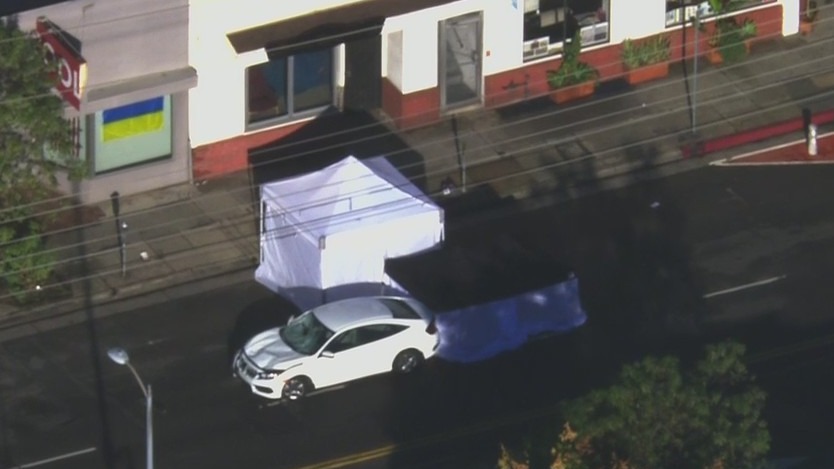 Two pedestrians were hit and killed by a car in the Mid-City area of Los Angeles Wednesday morning, according to the Los Angeles Fire Department.

Two people who allegedly started several fires on purpose in the North Hollywood area Wednesday morning are detained, according to the Los Angeles Police Department.

The cause of the fire remains under investigation, the LAFD said.

The two people were last listed in fair condition, according to LA County fire officials.

Former Los Angeles fire battalion Robert Kilpatrick is suing the City of Los Angeles alleging wrongful termination. Kilpatrick was with LAFD for more than 30 years and became known as the first LAFD firefighter to be placed on leave over his refusal to get vaccinated.

While conducting a search through the apartment building, firefighters found a victim who was declared dead at the scene.

Jury selection begins in downtown Los Angeles for the trial of Vanessa Bryant's lawsuit against the LA County sheriff's and fire departments over graphic photos taken by first responders at the scene of the helicopter crash that killed her husband, Lakers Hall of Famer Kobe Bryant, their teenage daughter Gianna, and seven others.

Jury selection is expected to begin Wednesday in downtown Los Angeles for the trial of Vanessa Bryant's lawsuit over graphic photos taken by first responders at the scene of the helicopter crash that killed her husband, Lakers standout Kobe Bryant, their teenage daughter Gianna, and seven others.

A person was detained after firefighters knocked down a fire that erupted inside a historic theater in Hollywood off Sunset Boulevard on Wednesday.

A Los Angeles Fire Department EMS Captain was injured Monday after getting into a crash with two other vehicles, according to officials.