Any other year, Halloween would be synonymous with spooky festivities and house parties. But as we remain in the middle of a global pandemic, few masks and no social distancing raise a couple of health red flags.

The day before in Colton, it was much of the same scene. Both weekend bashes were thrown by King DJ Mario, a known party promoter. The DJ even bragged about the parties on Instagram. 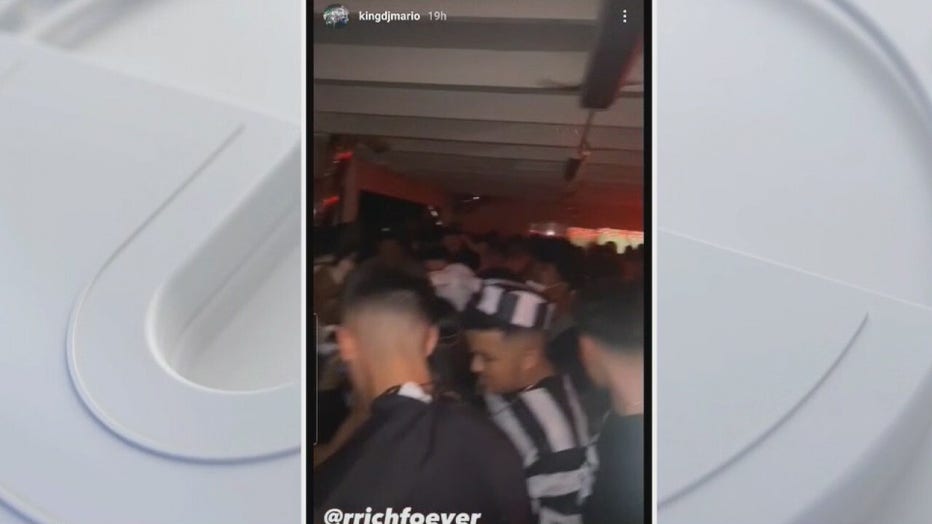 FOX 11 was there when police arrived and broke up the mass gatherings.

"There were between 120 and 150 people," said Lt. Ray Mendez with Colton Police.

He says his department isn’t required to do direct enforcement of the state's COVID-19 mandates. San Bernardino County code enforcement workers told FOX 11 they try to monitor social media for large parties ahead of time but it isn’t always easy.

"We will report them to the DPH and let them do their enforcement. I know they have other teams that they are using to enforce these mandates and we would simply notify them and let them make the decision at the county ordinance," said Lt. Mendez.

With cases in SoCal rising, San Bernardino County remains in the most restrictive purple tier with more than 500 new cases reported on Saturday. The county health department does not allow gatherings of more than three households outdoors.

Given that these wild parties could also be potential super spreader events, Colton Police say they are also doing what they can to crash these parties even before they begin.

"We got out ahead of another party that was planned and we were able to shut that down before it even began with respect to social media platforms that we found out another party was being promoted," Mendez said.

FOX 11 reached out to the party promoter for a response but did not get back to us.

San Bernardino County officials say they have been able to stop about six large gatherings in the past few months.