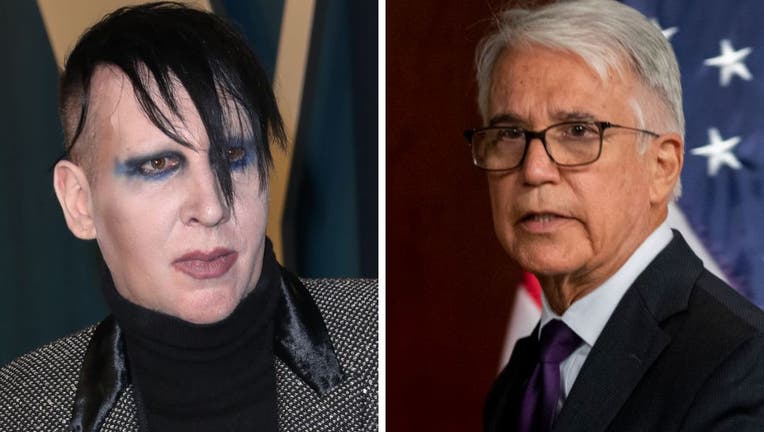 LA County District Attorney George Gascón gave an update on the Manson case Monday for the latest episode in his "#AsktheDA" series in which he answers a question on Instagram.

The question posed for this latest episode was, "Evan Rachel Wood wanted me to ask how the Brian Warner case is developing?"

Gascón said while the case is still being investigated, his office continues to request "regular updates on the status of the investigation."

"The District Attorney is committed to investing in trauma-informed care for all victims of sexual assault, abuse, and intimate partner violence. We understand how difficult it may be to come forward as a victim, especially when the case involves this level of notoriety, and are dedicated to treating all victims with the highest levels of care and respect. Once we have received the case, it will be carefully evaluated by an experienced prosecutor to determine if it is appropriate to file charges at this time. We are hopeful that the LASD will present the case to us sometime this month," he said.

FOX 11 has reached out to the LASD's office for comment on Gascón’s statement.

In 2017 amid the #MeToo movement, Wood said she had been raped and abused, and she gave testimony to a Congressional committee in 2018, both without naming anyone. Then in an Instagram post in February of 2020, Wood named Manson, saying he "horrifically abused me for years." Manson was dropped by his record label. Several other women came forward with similar allegations. At least three of them filed lawsuits. And police began an investigation of Manson.

In Nov. 2021, the LASD raided Warner’s home, executing a search warrant for his belongings.

Manson in March filed a lawsuit in Los Angeles Superior Court against Wood and her allegations that he sexually and physically abused her during their relationship. The lawsuit alleged that Wood’s allegations were fabricated, and that she and another woman named as a defendant, Illma Gore, used false pretenses including a phony letter from the FBI to convince other women to come forward with sexual abuse allegations and coached them on what to say about Manson.