The embattled DA is a staunch opponent of the death penalty but also facing a second recall petition after just over a year in office. He is now accused by Rose's family of pushing to resentence the convicted murderer to life without parole without properly informing them – and of handling the case like a defense attorney rather than a prosecutor.

Collins had been out on parole for another armed robbery at the time of the attack, according to Rose’s daughter, and later allegedly sought to harm or intimidate witnesses and her family before trial.

Rose's wife never remarried, according to their daughter, Heather Scott, who was 12 years old at the time of her father’s murder.

She told Fox News Digital that her family feels abandoned by prosecutors in today's political climate.

"My feeling was that the detectives and the police department, they sought justice, they wanted to know the truth," she said. "They wanted to make sure they had the right person, and they didn't stop until they felt confident that they had him behind bars."

Back then, she added, the district attorney's office was her "advocate."

"They fought for us, like you would fight for your own safety," she said

The current DA's office, she said, "feels like they're fighting for the murderer."

Attorneys for the family of Fred Rose have filed to give relatives a chance to voice their concerns before a judge at a resentencing hearing that Gascón's office requested last week. 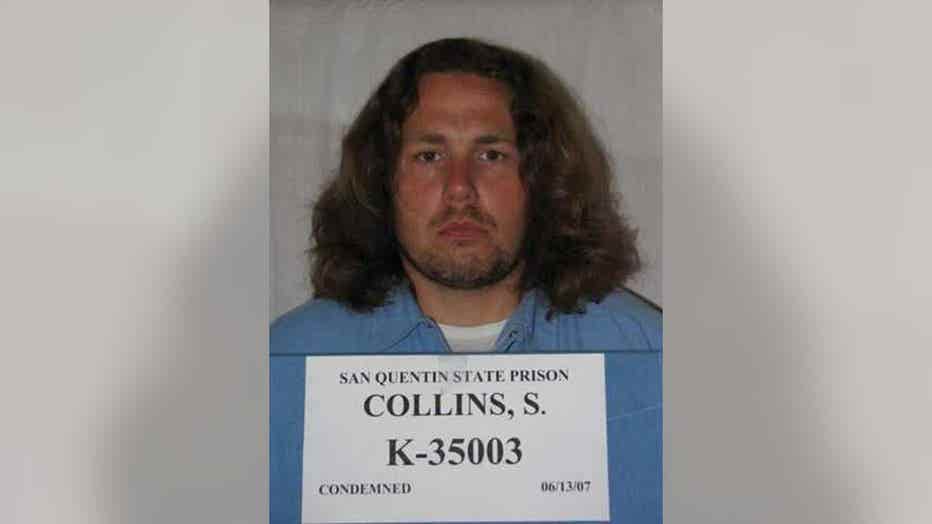 Scott said she asked Shelan Joseph, a longtime public defender who is now a deputy district attorney in Gascón’s office handling the resentencing push, about her reasoning for the request.

"She went over lists and lists of good behavior that he had had in prison, which is wonderful, anyone wants redemption for someone like him," Scott said. "But it was an inappropriate place to communicate that information to our family, and she had already filed her decision when she was trying to convince me of this. It was finished. We're just political pawns."

The request for resentencing serves to traumatize the victim’s family without having any practical effect on Collins, according to Neama Rahmani, a Los Angeles-based trial attorney and former federal prosecutor, because California declared a moratorium on the death penalty and hasn’t carried out an execution in 15 years.

‘Victims of crime suffer even more’

"Now, victims of crime suffer even more by having to hire lawyers to assert their rights under Marsy’s Law and fight the same prosecutors who are supposed to have victim advocates doing this for them," he told Fox News Digital. "In this case, Rose’s daughter had to hire former District Attorney Steve Cooley to oppose Gascon’s resentencing recommendation, which reads exactly like a defense brief and not a prosecution filing." 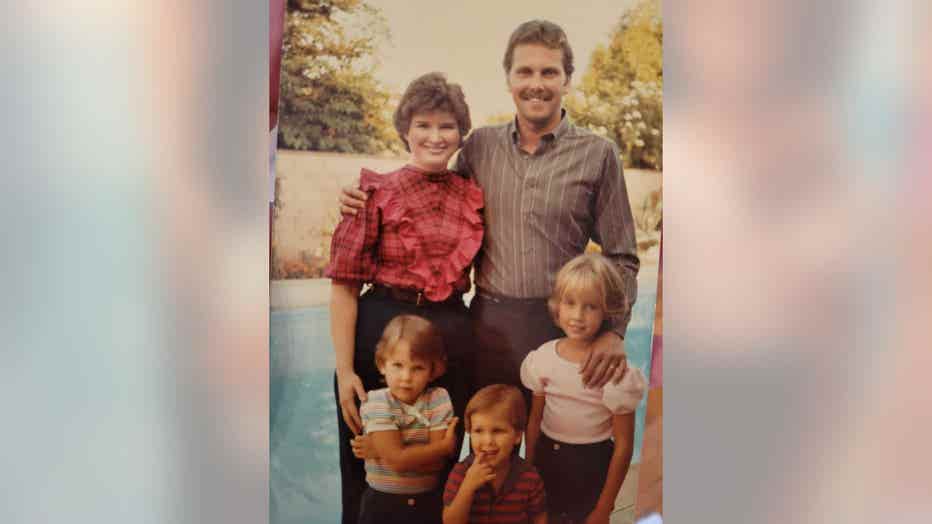 Fred Rose and his family in an undated photo taken by his stepfather. (Bob Baker)

Lawyers for Rose’s family appear to have viewed the filing similarly.

Cooley and Kathy Cady, another former Los Angeles prosecutor, filed a notice of appearance and assertion of victims’ rights in a county courthouse Feb. 17, two days after Gascón’s office filed a recommendation for resentencing.

"The system does not work if there are two defense attorneys and no prosecutor."

They added that victims have a right to expect officials to "properly and ethically perform their duties" and uphold their oaths of office.

"When the evidence suggests that the District Attorney’s Office and the defense are in collusion, the court is the final and only gate keeper to ensure that justice is done and victims’ rights are upheld," Cooley and Cady wrote.

Alex Bastian, special adviser to DA Gascón, said that the office was not seeking Collins’ release and added that a resentencing hearing has not yet been scheduled. He also said Gascón has been consistently clear with his absolute opposition to the death penalty. 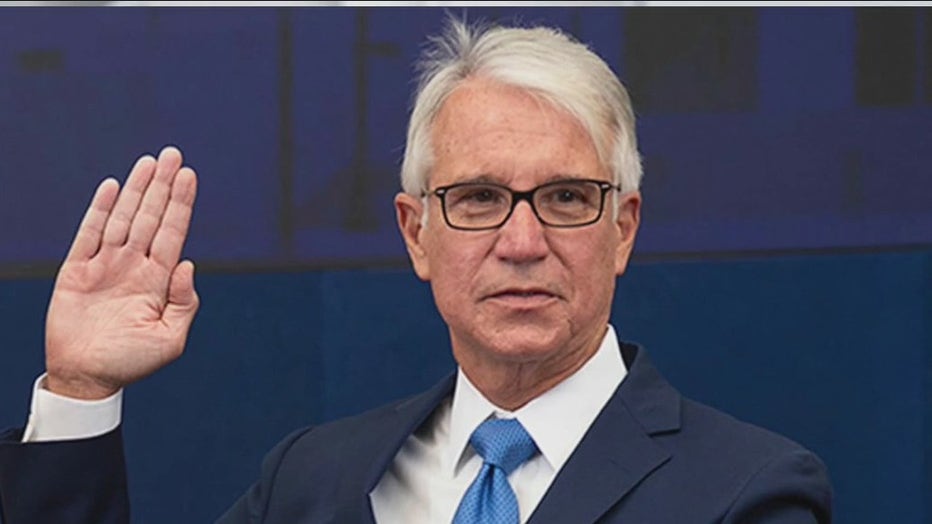 In Joseph’s filing, she described Collins as a "youth" at the time of the murder. He was 21 years old – but Bastian noted that California penal code makes a distinction between youths and juveniles.

Joseph also pointed out that the case involved the robbery and murder "of a single victim."

"There were so many victims," Scott said in response to that line in the filing. "My whole family, we’re a family of victims."

"There were so many victims. My whole family, we’re a family of victims."

Rose's widow and three children moved out of state almost immediately after the murder to escape the pain and fearing for their safety, she said.

Joseph argued that Collins experienced "hardship as a child" and had ADHD and possibly depression. He also began using drugs at alcohol at age 9. And she noted that Collins, who has been in prison for just shy of 30 years, "has not had any serious rule violations in more than 20 years."

However, Scott said she was told by prosecutors in the 1990s that Collins had serious infractions in San Quentin State Prison.

"He had no write-ups in 20 years, he’s gotten educated, he’s gotten himself a paralegal certificate and is involved in various activities," Bastian said.

Under a provision called Marsy’s Law, victims of a crime and their next of kin have certain rights regarding court appearances – especially involving sentencing changes.

Fred Roses’ mother, Doris Baker, had signed up for notifications but died in 2020, Scott said. According to Joseph’s filing, a victim advocate in Gascóns office named Efty Sharony tracked down and reached out Rose’s stepfather, Bob Baker, instead, as well as Rose’s widow, Sharon.

‘I absolutely want to be heard’

Joseph wrote that Baker said it would be "acceptable" if Collins’ death sentence were overturned so long as he "did not get out of prison" – and claimed "he indicated that he did not want to come to court for a resentencing hearing."

But in a court filing last Thursday, Baker, 80, invoked his right to be present.

"While I understood Ms. Sharony to say that the defendant would spend the rest of his life in prison, I did not understand that the District Attorney’s Office was going to re-sentence the defendant," Baker wrote. "I was not asked whether I wanted to have my voice heard. I absolutely want to be heard on this important issue."

Bastian said victim advocates in the DA’s office would continue to work with Rose’s family.

"There’s no question the victim’s family in this case, as well as all families that have experienced victimization, are due our utmost respect and compassion, and we will continue to do all we can to provide trauma-informed services to victims and their families," he said.

On Jan. 23, 1992, Fred Rose left his Palmdale office for lunch. He never returned. Collins kidnapped him at gunpoint, used his debit card to withdraw $200 just after 4 p.m. in Northbridge, almost 50 miles away, and shot him once in the head two hours later in North Hollywood.

Three witnesses heard gunshots and saw Rose’s Oldsmobile leaving the area. At around 8:45, a jogger found Rose on the ground near train tracks in the neighborhood – but at first thought he was just drunk and didn’t call 911 until he passed him again on the run back and noticed the blood.

He died the following day in the hospital. By then, Collins was more than 140 miles way in Bakersfield, hanging out at a friend’s house with Rose’s car. Collins and three others used the car in a gang-related shooting nearby, but no one was injured. They crashed and were taken into custody. The three others later testified that Collins admitted to the killing.

Police found Rose’s wallet in the car as well as a bullet matching the one used to kill him and an empty shell casing. Collins became a convicted murderer on Sept. 30, 1993, and received a death sentence on Nov. 2 of that year. In 1996, after an appeal, he was sentenced to death once again, and that was affirmed after another appeal in 2010.

Prior to killing Rose, Collins’ criminal history stretched back to the mid-1980s, when he was still a juvenile and allegedly started a fire with a Molotov cocktail. Court documents show he was also accused of stabbing a man in the back, carjacking a woman, attacking a Black 15-year-old while swinging a knife and yelling racial slurs, threatening a cellmate with a razor and kicking deputies who asked about the incident.

Scott said her biggest fear is that if the death sentence is vacated, the sentence of life without parole could be resentenced down the line to life with parole and one day regain freedom.