Over the past nine months, FOX 11 has joined Vice units from LAPD’s Valley Bureau on nine separate raids of illegal casinos operating throughout the San Fernando Valley.

VAN NUYS, Calif. - Over the past nine months, FOX 11 has joined Vice units from LAPD’s Valley Bureau on nine separate raids of illegal casinos operating throughout the San Fernando Valley.

A problem that has exploded in the area over the last two years and hasn’t slowed down during the pandemic.

LAPD says these under the radar casinos are a blight on local communities, bringing crime, drug use, and prostitution with them, and the department has given FOX 11 exclusive access to join them on their raids to shut them all down. 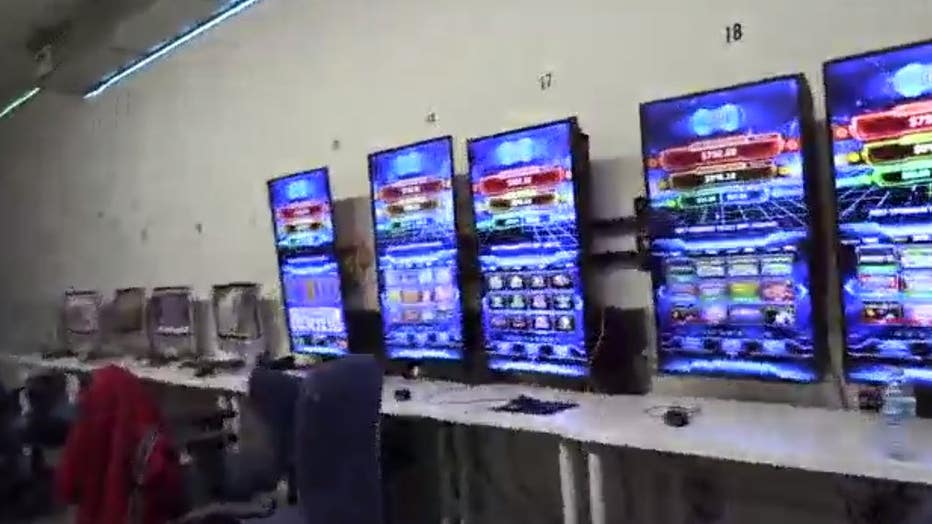 FOX 11 began attending the raids in January, before the pandemic and continued as recently as September.LAPD says the rogue enterprises are run by gangs and organized crime, with the finances and servers controlled by criminals in Eastern Europe.

On one raid in Van Nuys in January 2020, FOX 11 witnessed the LAPD having trouble using a battering ram to break down the door of an illegal casino. Once officers finally got inside, we found out why.

The door was equipped with a steel frame, a magnetic lock, and was set in concrete. Before officers were able to get inside, the organizers of the casino were able to cut their computers link to a server in Eastern Europe controlling all the finances."

The servers are where the money is controlled overseas, the gaming here is run by local criminal enterprise groups, and they’re being taxed by the Mexican Mafia,” said Detective Buck Mossie of LAPD’s Major Crimes Unit.

“There were several known gang members here, two of them were operating this casino and a third associate was acting as the cashier.”At that raid, three people were arrested on felony conspiracy charges, while the gamblers were cited and released for unlawful gaming.

FOX 11 joined LAPD on eight other raids in the San Fernando throughout the rest of 2020.“It’s not just here in Los Angeles, it’s throughout the state, throughout the nation, and has ties to international crime as well,” Mossie said.

In 2018, LAPD tells FOX 11 they served only 12 search warrants for illegal casinos. In 2019, that number exploded to 48. Every location looked incredibly similar. Discreet from the outside, with the same gambling machines on the inside, and some of the casinos have now moved into private residences.

“They’re adjusting their tactics, the style to be under the radar,” a Sgt. Vambrick told us.

FOX 11 joined one LAPD raid at a private residence where 22 people were detained. Sgt. Vambrick says the illegal casinos are magnets for assaults, burglaries, prostitution, and narcotics activity.

“What you’re seeing here in this casino in this house is, it’s not you and I running a little casino, this is organized crime,” Vambrick said.

“If this was by my house, I’d be pulling my hair out too.”According to LAPD, illegal casinos are able to rake in tens of thousands, sometimes hundreds of thousands per month and big money can bring big problems. 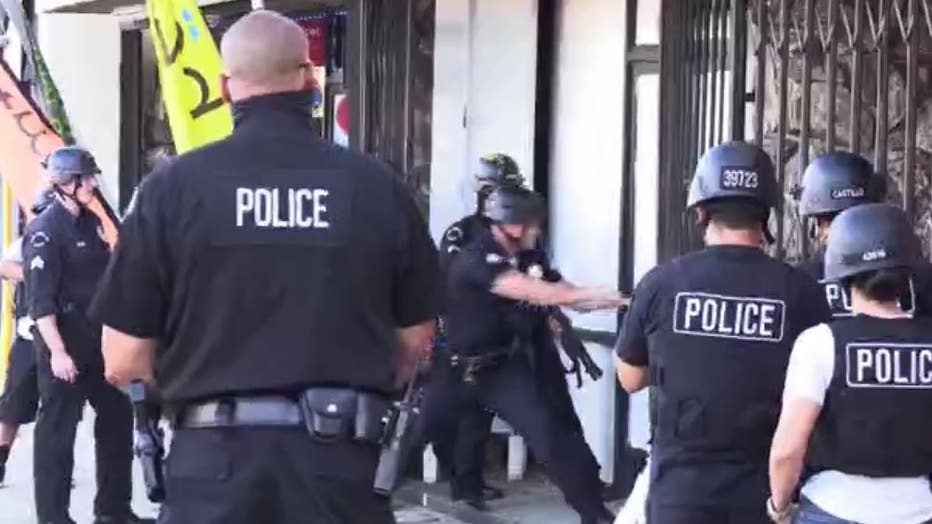 “We’ve had multiple murders throughout the Valley at these locations,” said Lt. Marc Evans, Vice Coordinator for LAPD’s Valley Bureau.

“A lot of the people coming here are involved in identity theft and narcotics, they’re heavy drug users. We’re seeing they’re run by gang members, we’re seeing a lot of muscle collecting taxes from these guys.

”One man who became addicted to gambling at the Valley casinos agreed to speak with FOX 11 on the condition of anonymity. He lost nearly $200,000 gambling at the casinos.“We don’t even have money to eat with all the money we put into the casino,” he said.

“The owner of the casino makes a lot of money from those poor people, they think they’re gonna win, they’re never gonna win, everybody goes there, they get destroyed.”The man told FOX 11 that when gamblers run out of cash, they turn to crime in the surrounding areas.

“They go around the neighborhood and break into cars and steal anything to make money to play,” he said.LAPD showed FOX 11 piles of stolen goods that gamblers bring into the casinos to fund their actions, and while they will often detain and cite dozens of gamblers when they raid these locations, their true targets are the organizers.

“This is a criminal enterprise and the individuals working inside of here, they have a number of people that patronize this that are already breaking the law, so they’re people that do burglary from motor vehicles, narcotics deals, weapons deals, there are all kinds of illicit activity that cluster around these locations,” Mossie said.

“Criminals have learned how profitable this industry is,” Sgt. Vambrick said. “This is everywhere, but hopefully we’re gonna continue to combat this and hopefully get rid of it, it’s gonna take a lot of work.”