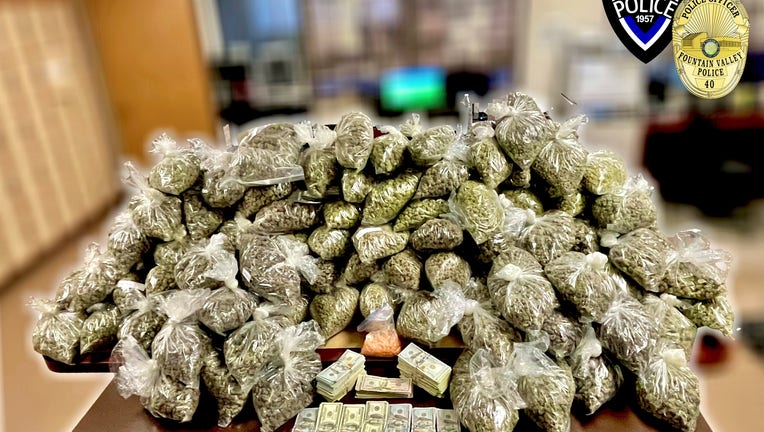 FOUNTAIN VALLEY, Calif. - Four people were arrested last week in a massive marijuana bust on 4/20 in Fountain Valley, according to police.

Michael Ly, 43, of Fountain Valley, Albert Vu, 24, of Westminster, Linda Lisoff, 37, of Irvine, and Duc Nguyen, 22, of Garden Grove were arrested for conspiring to possess and transport marijuana for the purpose of sales.

The arrests come after a four-month investigation into a large-scale pot distribution operation out of a commercial complex in the 16000 block of Lawson River in Fountain Valley, according to FVPD. Police served warrants at the Lawson River complex, as well as Ly's residence and vehicle, and Vu and Nguyen's vehicles.

Combined, police say they recovered more than 143 pounds of marijuana, 100 pills police believe may be ecstasy and $87,905. According to officials the marijuana recovered is worth nearly $72,000.

All four were booked into the Orange County Jail.