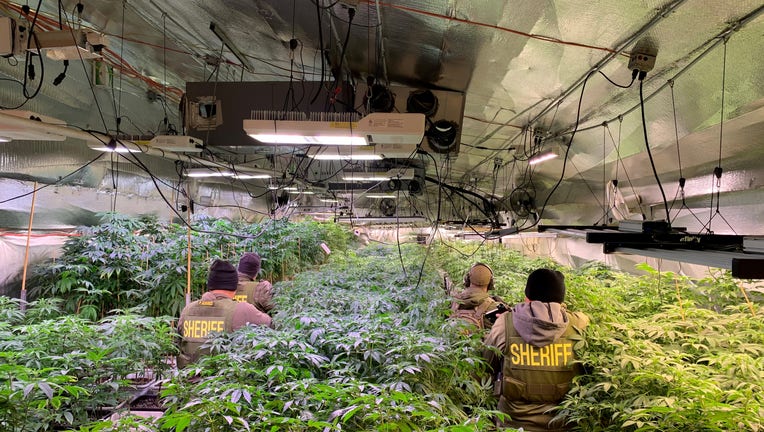 SAN BERNARDINO, Calif. - Over a period of six days, investigators in California arrested 33 suspects in connection with illegally growing marijuana, seizing 14,113 marijuana plants, eight guns, 9,550 grams of concentrated marijuana, and over $352,000 in cash.

During "Operation Hammer Strike," investigators eradicated a total of 56 greenhouses found in those locations and five indoor grow locations. Investigators mitigated one electrical bypass, one marijuana delivery service, and one THC extraction lab.

Those charged in Operation Hammer Strike were as follows:

The suspects were cited or booked on charges of cultivation of cannabis, over six plants, possession for sales of marijuana, illegal water discharge, manufacturing a controlled substance, attempted murder, and conspiracy.