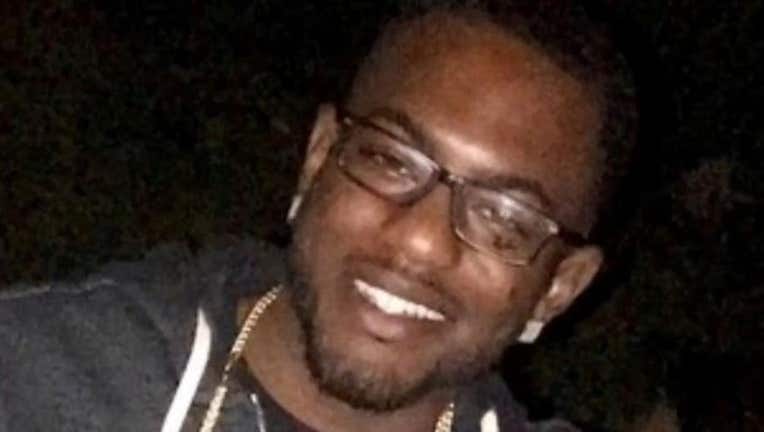 LOS ANGELES - A former Los Angeles County sheriff's deputy pleaded not guilty through his attorney Monday to charges stemming from the fatal on-duty shooting of an unarmed man in his vehicle in Willowbrook in June 2019.

Andrew Lyons, 37, is charged with one felony count of voluntary manslaughter and two felony counts of assault with a semiautomatic firearm stemming from the June 16, 2019, shooting of Ryan Twyman, 24.

During a brief court hearing, Superior Court Judge Ronald S. Coen denied a defense motion seeking to dismiss one of the assault charges. The defense contended that the "prosecution cannot charge Lyons with both manslaughter and assault for the killing of Twyman," while the prosecution countered that there was no legal support for striking the assault charge.

Lyons is due back in court June 7, when a date will be set for a hearing to determine if there is enough evidence for him to stand trial.

Lyons and another sheriff's deputy responded to the apartment complex in Willowbrook and approached a parked vehicle where Twyman was sitting, with both deputies opening fire after Twyman put the car in reverse, according to the District Attorney's Office.

The car came to a stop nearby, and Lyons allegedly retrieved his semiautomatic assault rifle and shot into the vehicle after it stopped moving, according to the District Attorney's Office.

Twyman was struck by bullets in the neck and upper body and pronounced dead at the scene.

A passenger in the vehicle was not struck by gunfire, but had fragments of glass in his hair and was taken to Harbor-UCLA Medical Center for evaluation.

In a statement posted on Facebook, the Los Angeles County Sheriff's Department said that the case was "fully investigated" by the department and that Sheriff Alex Villanueva "initiated an administrative review of the case which resulted in Mr. Lyons being discharged from his position of deputy sheriff on November 8, 2021...

"Sheriff Villanueva remains committed to transparently holding our personnel accountable while providing for the safety and security of the communities we serve. Our condolences to Mr. Twyman's family for their loss," the department's Facebook post continued.

The other deputy was suspended for 30 days, the sheriff said in January.

In 2020, the county paid Twyman's family $3.9 million to resolve a federal lawsuit stemming from the shooting.

After the hearing Monday, Lyons' attorney called the prosecution a political move by Los Angeles County District Attorney George Gascón in an effort to make him appear tough on alleged offenses by law enforcement officers.

"I think that this is a case that is based in politics and not fact," attorney Nicole R. Castronovo told City News Service, adding that she believed it was "another example of Gascón using first responders as political pawns without thought for the impact on their lives."

Lyons was charged in March, with Gascón saying in a statement then that "policing is a difficult and trying job, but it does not excuse anyone from accountability under the law -- especially when a human life is lost."