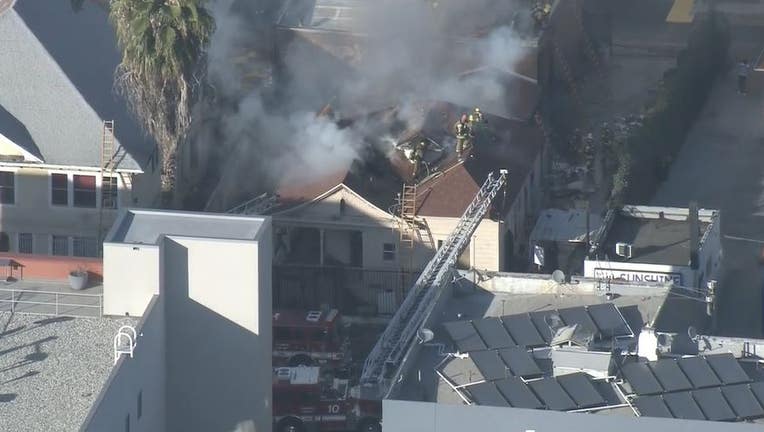 LOS ANGELES - A Los Angeles firefighter was injured while battling a blaze in Westlake that damaged a Craftsman-style home, a fourplex and another structure.

The fire was reported about 3:50 p.m. at 1521 W. 8th St. as an outdoor blaze that was "lapping up to the eaves'' of the house,  said Margaret Stewart with the Los Angeles Fire Department.

Flames made way into the attic of the home and caused "significant damage,'' she said.

A two-story fourplex to the west side of the home was also damaged, as the fire spread to its attic and eaves, but firefighters keep flames from reaching any of the units, according to Stewart. 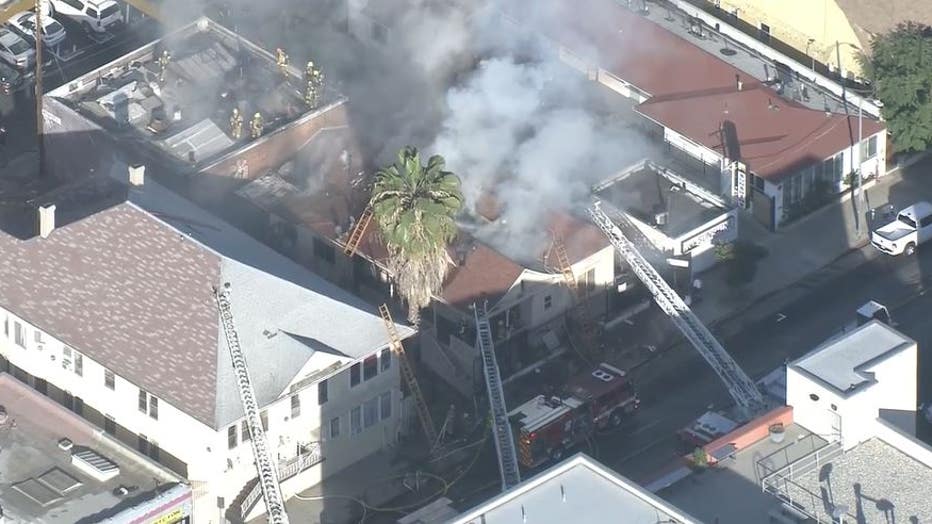 A third, small commercial building that was an add-on living space to the original home was also significantly damaged, she said. The injured firefighter suffered burns to his arm that were not life-threatening, according to Stewart. He was taken to a hospital in fair condition.