The Daytona Beach Police Department said early Saturday morning that a suspect in the shooting of a police officer was captured in Georgia.

DAYTONA BEACH, Fla. - The Daytona Beach Police Department said early Saturday morning that a suspect in the shooting of a police officer was captured in Georgia.

Daytona Beach Police Chief Jakari Young said Othal Wallace, 29, was found in a treehouse near Atlanta, in DeKalb County, being hidden by an organization called the NFAC.

Authorities released a photograph of the treehouse early Saturday evening.  Inside the treehouse, Chief Young said there was an arsenal of weapons, including flashbangs, rifle plates, body armor, two rifles, two handguns, and several boxes of ammunition. 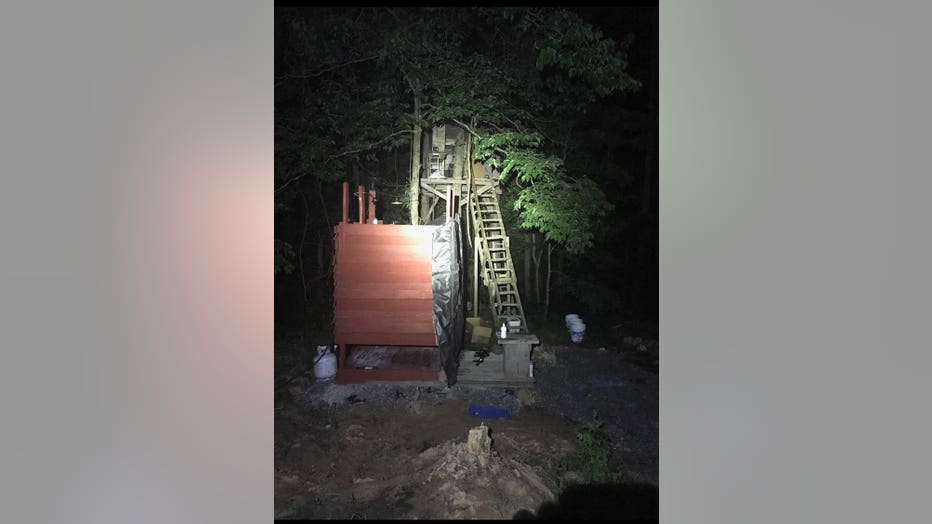 Authorities said Othal Wallace, a suspect in the shooting of a Daytona Beach police officer, was found in the Atlanta area hiding in a treehouse.

When officers finally cornered Wallace outside, Chief Young made a point of saying where they found him. He had apparently cut his hair to disguise his appearance.

"The property is affiliated with an organization that calls themselves the ‘Not F-ing Around Coalition,’ or just simply known as the NFAC, which is a Black nationalist paramilitary organization," he explained.

FOX 35 News spoke with two security experts, James Copenhaver and Dave Benson, to learn more about the NFAC. They agree that it’s an African-American militant organization founded in 2017. Calling themselves "America's Black militia," the group of gun-owners aims to support and protect the African-American community from oppression and violence.

"They don't have a history of violence," Benson said. "Their leader advocates non-violence, every time someone tries to liken to a group like the Black Panthers he bristles at that."

That leader is an outspoken DJ from New York who goes by the nickname "Grandmaster Jay." "He gives himself off as protecting Black victims of police crimes but they've done some other things too that are questionable," Copenhaver said.

The group has shown up at protests like the ones in Louisville, Kentucky, and Stone Mountain, Georgia, to support Black activists there.

"They actually shut down that mountain for an entire day and had a confrontation with the local police," Copenhaver said.

Benson said they usually try to keep from aggravating tensions with police and are now likely trying to distance themselves from Wallace.

"Whether or not he's a card-carrying member of their group or not, this behavior is counterproductive to their cause."

Wallace was booked at 5:15 a.m. on Saturday into DeKalb County Jail. Officials said four other people besides Wallace were found on the property. It's not yet clear what their involvement was or any possible charges they could be facing. 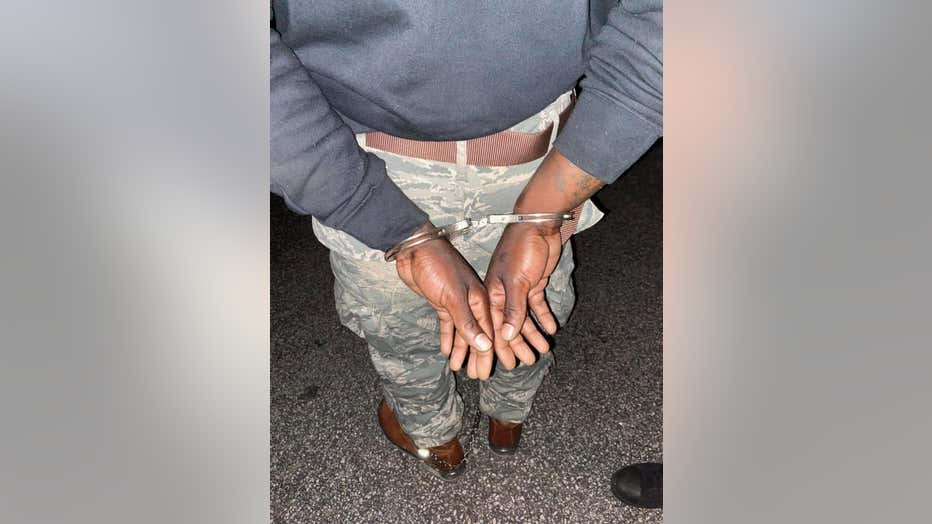 Chief Young gave an update on the 26-year-old's condition. He said there have been very positive signs of improvement in his recovery, but he's not out of the woods yet.

RELATED: Suspect in shooting of Daytona Beach police officer has criminal past

His family told the department and Chief Young that they are grateful for the support of the community but are still requesting privacy, according to Chief Young. 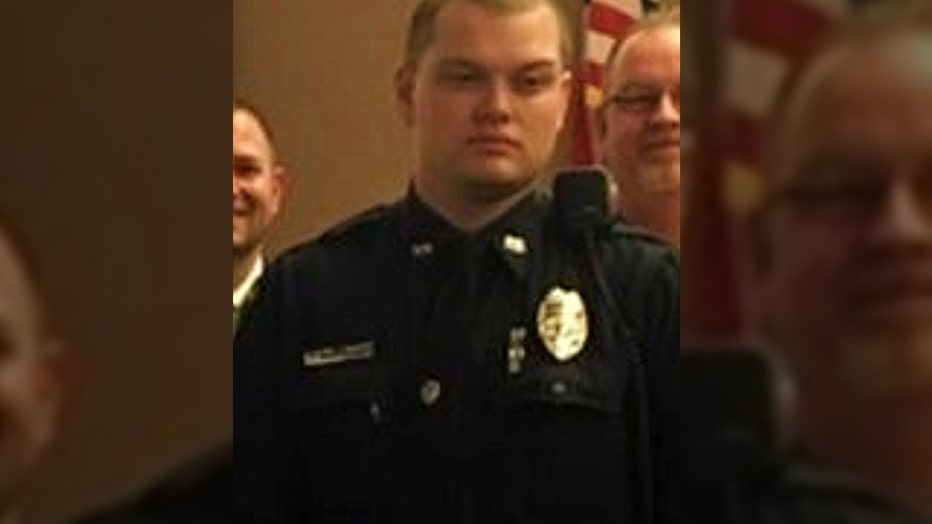 Officer Raynor was shot in the head on Wednesday. A manhunt for Wallace soon followed, then expanded to a national scale. Police said they believed Wallace could be headed to Georgia.

When Wallace was taken into custody, Chief Young said Wallace made a bold statement during his arrest.

"You guys know who I am. You know what I'm capable of and it could have been a lot worse. That was his statement," Chief Young said in the news conference.

It's not clear when Wallace will be extradited back to Daytona Beach, but Chief Young said it will happen at some point.

Wallace is charged with attempted first-degree murder of a law enforcement officer with a firearm but more charges are likely forthcoming. 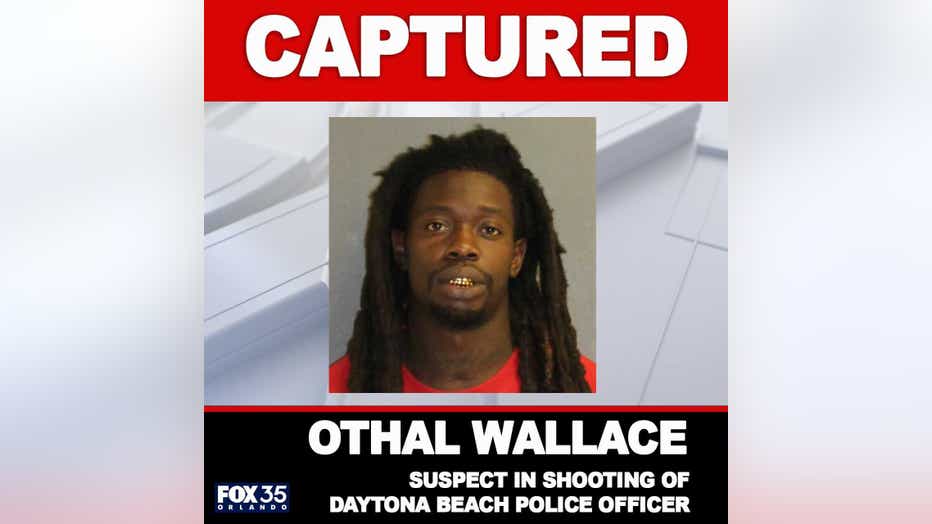 If you would like to help Officer Raynor and his family in his recovery, a GoFundMe page was created to raise money for his medical costs.

Wallace's arrest made the rounds on social media, with many local officials weighing in.

Stay tuned to FOX 35 Orlando as more details are released in this case.