FOX 11 talks with some homeowners about their anguish and it's not just about their home.

YORBA LINDA, Calif. - The Behle Family of Yorba Linda has a spectacular view from their Blue Ridge hilltop home.

But what they saw on Monday was anything but pretty; a wildfire fueled by cold, dry Santa Ana winds was raging toward them.

They grabbed a few treasured possessions, themselves, and evacuated as firefighters were racing up the hill to battle the blaze.

This neighborhood knows about wildfires.

The Behle’s family home was spared at that time.

Many residents maintain their own water pumps, so they can protect their property.

As we walked through the rubble, Denise Behle told FOX 11 there was no way she, her husband Roger and their kids would have disobeyed the evacuation order, they value life too much.

FOX 11 showed Denise the news footage from yesterday as the flames engulfed her home.

She said watching it burn "was surreal."

But the destructive flames at the home, which the family said left the two-story house “a total loss” wasn’t the only painful chapter. 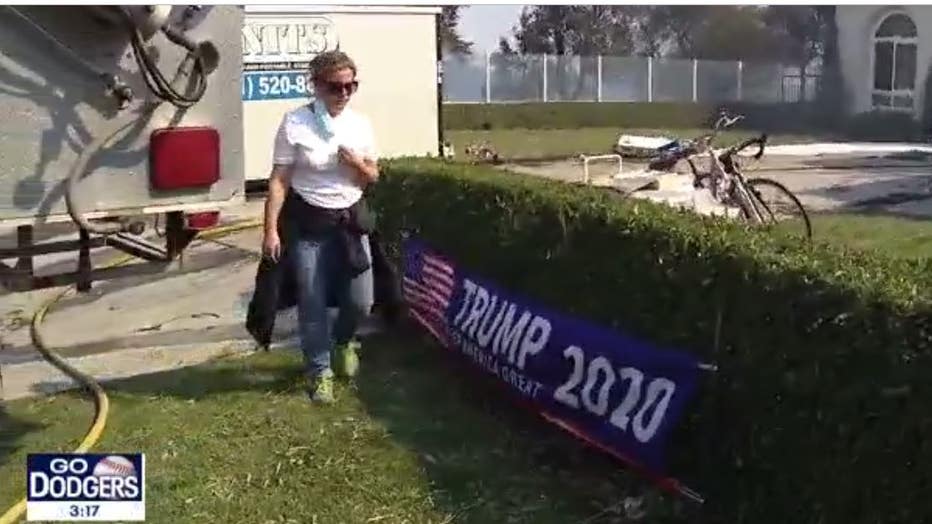 Tweets suggested the family deserved to have their home destroyed as payback for supporting President Trump. 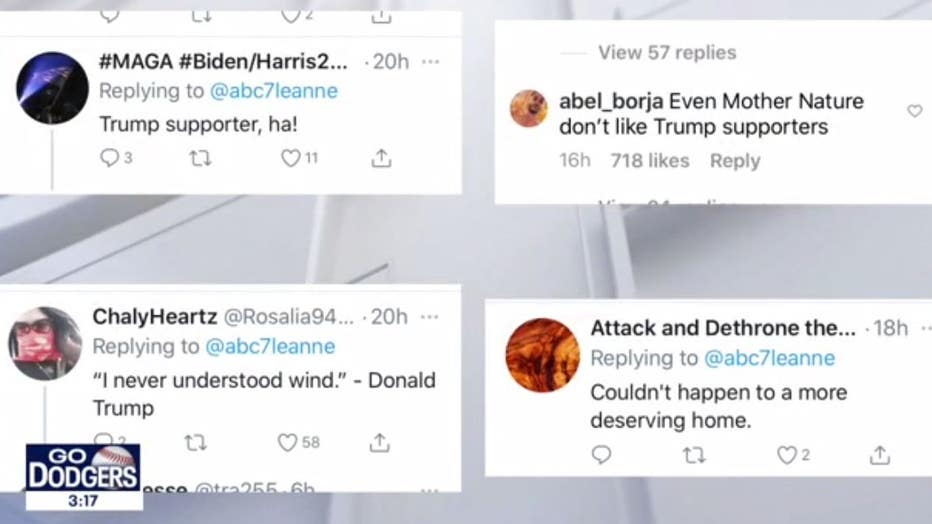 Nonetheless, the Behle Family plans to rebuild and remain in the neighborhood.