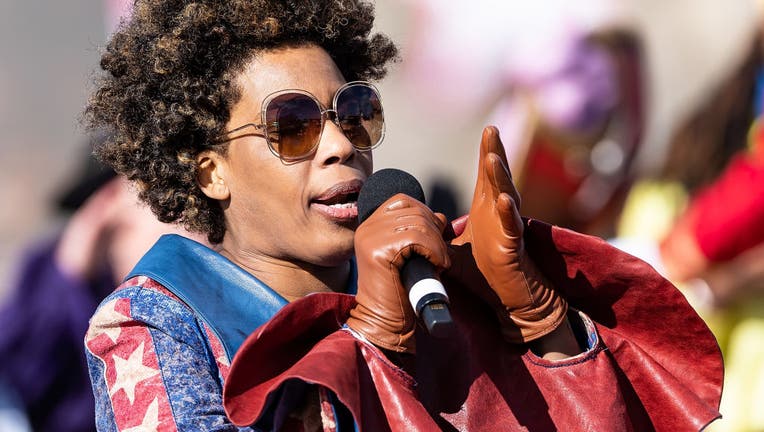 LOS ANGELES - Macy Gray made her name in music, but the events of January 6 forced her into a new arena. Now, she argues the United States needs a new flag and she spoke exclusively with FOX 11’s Susan Hirasuna.

Macy Gray made her name in music, but the events of January 6 forced her into a new arena. Now, she argues the United States needs a new flag.

"Why do we have to celebrate a flag that now represents divisiveness and hate?" she asked.

On January 6, the Grammy award-winning singer watched as rioters stormed the US Capitol, carrying American flags using the poles like a weapon.

She penned a co-ed comparing the current US flag to the confederate flag as "tattered, dated, divisive and incorrect."

Her opinion piece was offered to multiple media outlets but only MarketWatch picked it up last week. Since then, it’s gone viral with support and pushback.

She worked with an artist to create a new flag, which is one she believes represents all people of the United States of America. 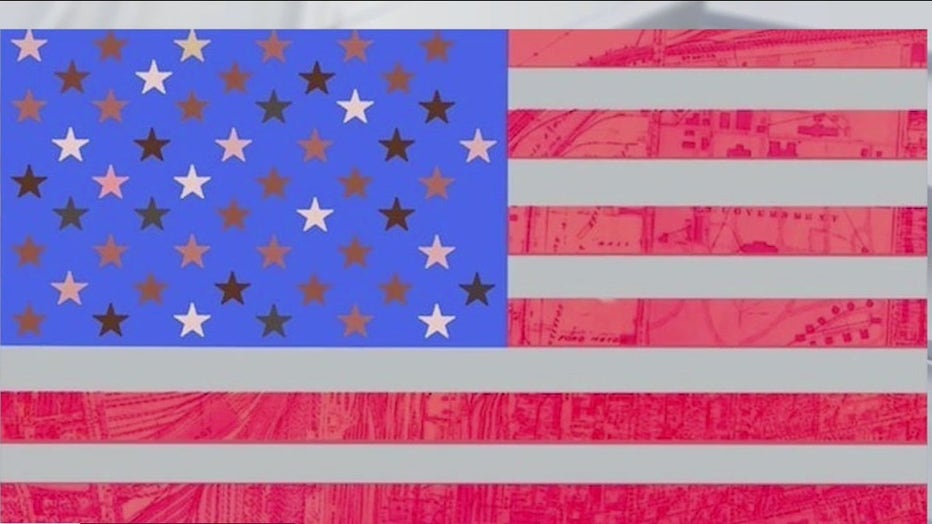 "We want to keep the red and blue because the red stands for courage, the blue stands for vigilance, integrity and all these things and then there’s the white, which the Smithsonian says means purity. So, I’m saying, and I don’t think anyone can disagree with me on this is that America is not exactly pure."

The flag design she helped create also has 52 stars to include Washington, D.C. and Puerto Rico and she believes both have been refused statehood.

The singer says it is time for a reset.