One man has been arrested after an elderly man was stabbed to death in Pasadena Wednesday afternoon, according to police.

PASADENA, Calif. - One man has been arrested after an elderly man was stabbed to death in Pasadena Wednesday afternoon, according to police.

Pasadena Police say they received calls for a stabbing at a home at the intersection of Mentor Avenue and Bell Street around 2:15 p.m. When officers arrived, they found a man in his 80s dead.

After investigating, officers were able to identify the suspect's car, and found it in the parking lot of a Target store at 3121 E. Colorado Blvd. in East Pasadena. SkyFOX was live over the scene, where officers could be seen investigating a dark-colored Ford pickup truck.

The Pasadena Police Department tweeted that officers were asking people to leave the store while they investigated. At 7:45, Pasadena Police sent an update saying that the suspect had been arrested and that they were allowing people back into the store. 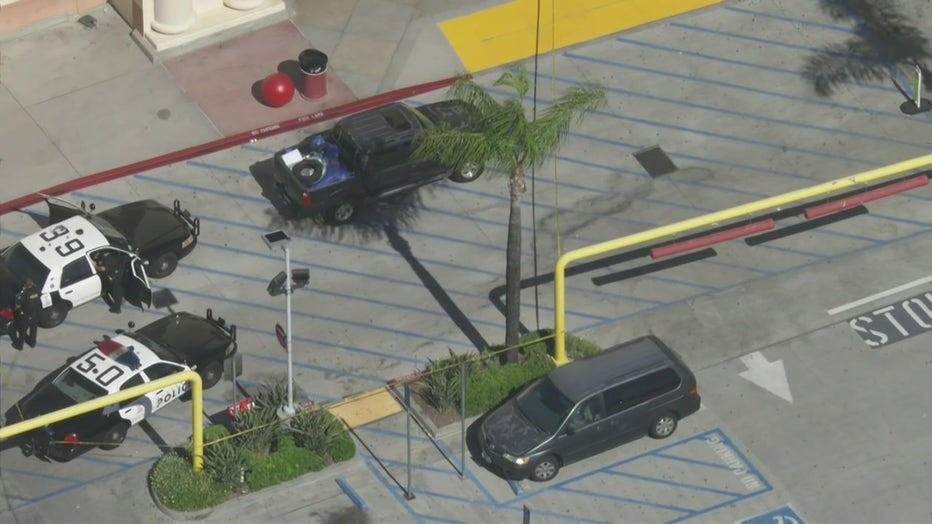 Police were still investigating the scene at the house, and advise travelers to avoid the area.

This is a developing story and will be updated as more information becomes available.