"I was an artistic kid in school with no outlet for it," he said at the ceremony. "I knew I had something special to offer to the world, but with nothing to support my gift, schools left me feeling unseen."

"I’ve always wondered how much further ahead I might have been had the resources I needed in school were available," he said at the ceremony. "If I had learned more about the business industry, I would have saved myself [an] extreme amount of time, money and most importantly, [made] a lot of friendships," he added. 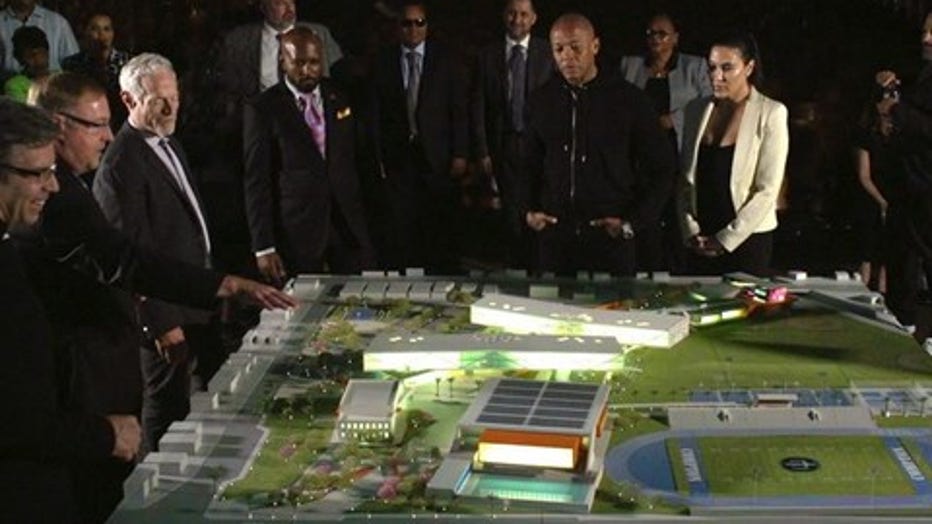 The new campus for Compton High will serve up to 1,800 students and will house a new academic building, gym, aquatics center, football stadium, and track.

Funding for the high school was also made possible through the district's bond measure passed by voters in 2015.