OCONEE COUNTY, Ga. - An Oconee County family is crediting their 1-year-old Great Dane for saving their lives after their home went up in flames early Tuesday morning.

Moriah Patterson told FOX 5 she never imagined the New Year would start like this. A fire broke out around 2 a.m. on the back porch of her Old Madison Highway home, which is located in the Watkinsville area. Her husband, Michael, and their two children were all sleeping when their dog "Roxy" started barking.

"This was a panic type bark that we've never heard before," Patterson said.

Her husband woke up and checked on the dog and the next thing she heard was "grab the kids, the house is on fire!"

The mother grabbed her 4-year-old daughter and 9-year-old son and rushed out the front door. Just as they were getting out, flames came bursting through the kitchen window. She said at that point, the smoke detectors hadn't gone off. Thankfully, they escaped unharmed.

"If Roxy hadn't barked, we would have still been in the bed asleep when the house went up in flames," Patterson said. "Our dog saved our lives."

The fire marshal told the Pattersons the blaze was caused by a coiled extension cord that was under the porch for their deep freezer. The fire caused the roof to collapse and everything inside the home is now gone.

Patterson told FOX 5 News her daughter's big Christmas gift this year was a Barbie Dream House and after their horrific experience the little girl was confused.

"The first thing she said was 'where's Barbie going to live now' and I thought to myself, it's not just Barbie but it's us as well," said Patterson.

The community is rallying together to help the family get back on their feet. High Shoals Elementary School, where their son attends, has been collecting clothing items as well as donations.

The Pattersons are currently staying with family members until they can figure out the next steps. Patterson said they are going to have to tear down the home themselves because the cheapest quote they got from insurance was $5,000 and the expenses are quickly adding up.

Since nothing was salvageable in the fire, the family is also desperately in need of items we often take for granted, such as clothing, bedding and towels. For a list of those items and how you can help, click here. 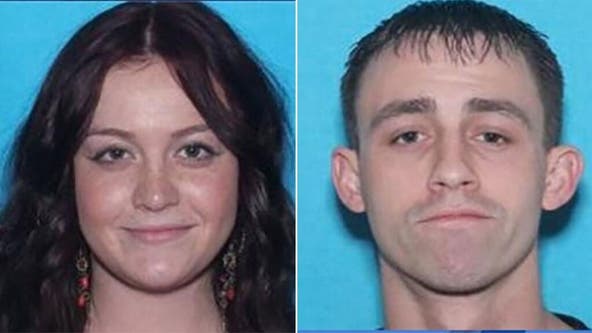