To baseball fans, Tommy Lasorda is the Los Angeles Dodgers. If you grew up a Dodgers fan, it means you remember Lasorda during his managerial (or even player) days&nbsp;or heard stories from others about his fiery leadership.

LOS ANGELES - To baseball fans, Tommy Lasorda is the Los Angeles Dodgers. If you grew up a Dodgers fan, you probably remember Lasorda during his managerial days or heard stories from others about his fiery leadership.

Following the news of Lasorda's passing, FOX 11 asked viewers to share their photos and sentiments about the longtime Dodgers skipper.

Susan Osburn Jaggers posted, "He was like an apple pie, an American legend." 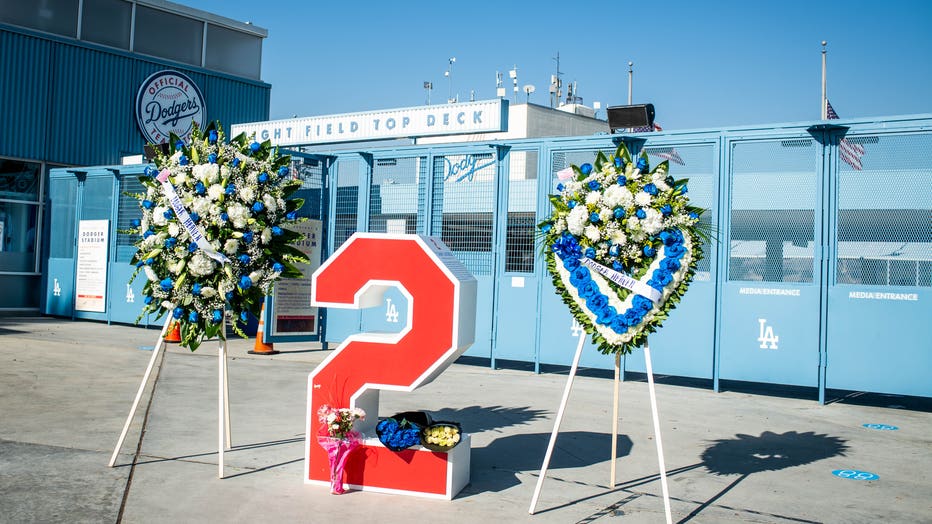 Fan Rudy Castillanos spoke on the significance of the Dodgers 2020 World Series championship run just a couple of months before Lasorda's death.

"The Dodgers ended up winning that championship so he could depart this earth," Castillanos said.

Dodgers' historian Mark Langill shared some of his personal photos with Lasorda. One of the photos showed the longtime Dodgers manager posing with Mark's mom Diane and his aunt Linda.

On Friday, however, it was mostly tears rolling down Dodgers fans' faces.

"He was such a nice man," said Vicky Guzman. "He was always there for the Dodgers."

Craig Gallop remembers him for signing autographs to fans.

"He was doing autographs and someone yelled an expletive and Tommy yelled, 'Hey, we got kids here!" Gallop said.

"My mom loved him after that," Gallop said.

At Eastside Italian Deli, Anthony Angiuli shared a story about him and Tommy exchanging a minor-league spat when cable contracts made it harder to watch Dodgers games.

"He got a little upset," Angiuli said.

Goes without saying, things turned out nicely when Lasorda walked out.

In lieu of flowers, those close to Lasorda are asking fans to donate to the Canine Companions for Independence. You can click here for more information.